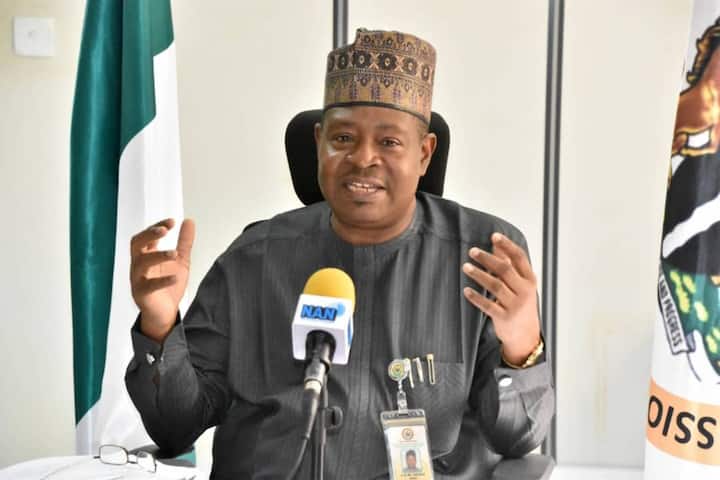 Acting Director-General of the ICRC, Mr. Michael Ohiani gave the assurance when he received a team from the space agency led by its Director-General Dr. Halilu Shaba, who came on a courtesy visit to the ICRC in Abuja on Wednesday, April 7.

The space agency is currently carrying out research in the field of broadband technology that will result in cost-effective satellite system solutions in rural Nigeria through a Public-Private Partnership (PPP) arrangement.

The project was designed as part of the solution toward meeting Nigeria’s aspiration of providing up to 90% of Nigerians with fast, affordable, reliable, and high-speed broadband internet.

Speaking during the meeting, Ohiani said:

“We are happy to welcome the DG of NARSDA, Dr. Shaba. I assure him that I am very passionate in respect of the proposed project.

“I pledge to give him all the necessary support to ensure that many PPP projects will be brought to fruition from NARSDA.”

Speaking further, Ohiani said that there were many areas of partnerships that the ICRC and the Space Agency can collaborate to explore.

In a presentation to the team from NASRDA, the ICRC pointed out that:

“PPPS can support research and education, engineering development, design, and manufacture, particularly in the areas of instrumentation, rocketry, and small satellites development.

“Other areas identified for such partnerships included: remote sensing, satellite meteorology, communications, and information technology as well as defense and security.”

On his part, the DG of NARSDA commended the ICRC for analyzing the proposed project of NASRDA and making it take proper shape from research to commercial actualization.

“For us, ICRC is very pertinent to the infrastructure development of Nigeria, the Commission is also important to space science and technology development.

“If you look at space, it is not something that goes through normal budgetary allocations because of the kind of funds needed.

“But we are committed and we are convinced because we believe that the money of the future will come from space science and that is why a lot of people are running to space and we want Nigerians to also benefit from this.”

Meanwhile, the ICRC has said that the Onitsha River Port will serve as an alternative source of transporting goods to the southeast from Lagos state, Port Harcourt in Rivers state, and other areas with adequate water connectivity.

Manji Yarling, head of media and publicity at the ICRC, noted that the 30-year concession, approved by the Federal Executive Council, under a Rehabilitate-Operate and Transfer arrangement, targets a revenue generation of N50 billion.

The approval followed a detailed process under the regulatory guidance of the ICRC which commenced in 2011 with support from the World Bank.