Finally Gonna Nack: Recovering Mr Ibu Laughs Happily As Wife Visits Him in Hospital, Teases Him With Her Dance, Popular Nollywood veteran actor, Mr Ibu, seems to have finally gotten his wish after his beautiful wife visited him at the hospital. 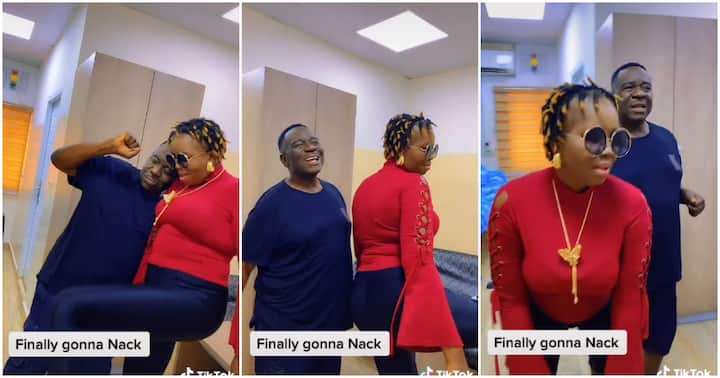 Recall that the ailing actor had initially made a TikTok video where he noted that he ‘won nack’ and it left internet users amused.

In a new development, the movie star made another video at the hospital with his wife after she went visiting.

In the viral clip, the actor was seen laughing happily as his wife gave him some of her sexy dance moves.

The actor then explained in the caption of the photo that he was ‘finally gonna nack’.

Mr Ibu’s video with his wife at the hospital drew a lot of interesting reactions on social media. Read some of their comments below:

“This is so uncalled for, rest your recuperating body sir.”

“Wife is always important…..sidechicks in the mud.”

“My brother just allow the knack be first make body first strong. Congratulations on your recovery sir, Na only God!”