The estranged wife of former Sullivan Chime a former Enugu state governor, Clara has found love again years after her famous separation from the politician who allegedly maltreated her. 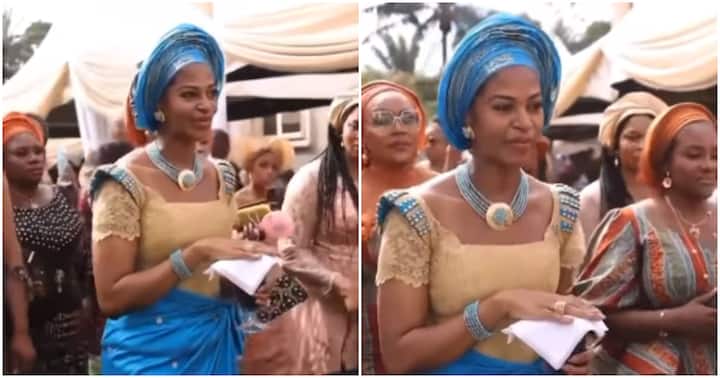 Video of her traditional wedding to a new man has emerged online as she tied the knot with her northern lover.

Her groom is said to be a northern Christian from Kaduna.

Reports have it that she met the man through one of the daughters of late President Umaru Yar’adua, who was her former classmate in school.

Clara’s marriage is coming over 8 years after she ended the nightmare she experienced in the hands of Sullivan.

Watch video from the wedding below:

Social media users across the country have congratulated Clara for finding love again years after her separation from the politician.

“It’s her simplicity for me, wish her happiness.”

“This beautiful woman Sha see wotowoto for Her 1st marriage! Person wey dey prison even enjoy freedom pass am that year! Na her elder sister cause am. Thank God for life.”

“Very simple and beautiful!!!! May God grant her all the happiness she deserves.”

“She has been through so much and deserves all the happiness she can get.”

I’m single and into human: DJ Cuppy replies fan who asked her about dogs