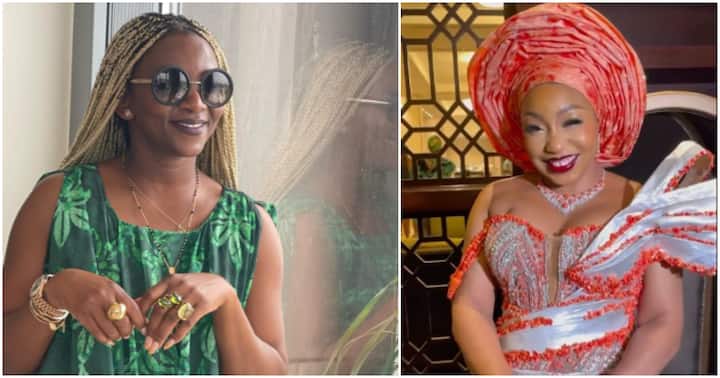 Controversial Nollywood star, Uche Maduagwu, highlighted Genevieve’s absence with a post on his social media page as he called out the actress.

According to him, Genevieve not showing up for Rita’s wedding is Nollywood drama. Uche also added that Rita would have turned up for Genevieve if roles were reversed.

Taking to his caption, Maduagwu continued to put the actress on blast and noted that whatever she celebrates is what she will attract. He added that if Genevieve wants to smell marriage, then she should attend people’s weddings or at least congratulate them on social media.

Part of his caption reads:

“Even if you no do am as colleagues, do am as sisters from the same state, even if you dey busy that you can not be there physically, wetin e go cost you to post a congratulatory message on social media?”

Maduagwu’s post about Genevieve’s absence from the much talked about event raised mixed reactions on social media.

Read some of the comments from Nigerians below:

“Even those actress from Imo state like Uju did not post her oo. Imo state truth be told we don’t like supporting each other.. Nonsense state.”

“She has not been online for a long time why not check up on her if she’s physically fit common nau.”

“Haven’t you noticed that Genevieve has been mute for some months now… Should be concerned about her too.”

“Everything shouldn’t be posted on social media, she must have called her to congratulate her.”

Jehovah’s Witness wife slams hubby, says he pretended to be rich before wedding