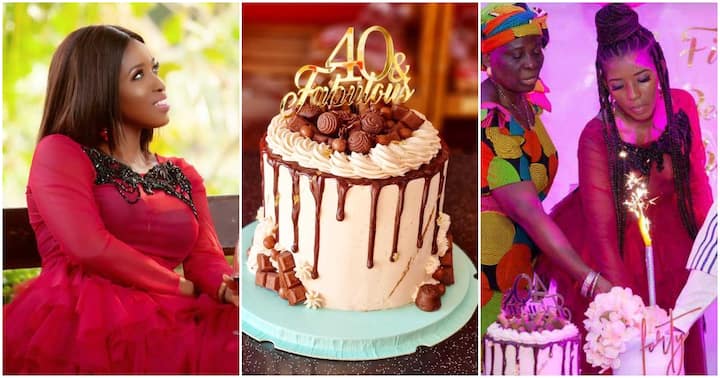 The occasion also turned out to be the fourth anniversary of her organization that has helped dozens of underprivileged people to get financial assistance, helped with the inclusion of persons living with autism, among many other projects.

As part of the double celebration, the humanitarian presented a cash amount of GHc3,000 and products from Verna Natural Mineral Water to Muslim brothers at Nima Mamobithem.

“My dad Daniel Antonio and a few friends Ezekiel Tetteh, Bernard Amankwah Singer accompanied me to make the donation. The Imam was so happy and mentioned that this will go a long way to help them feed the homeless boys they take care of,” she recalls in a Facebook post.

After watching Afi’s pictures, many could not believe that she actually turned 40 years old. Below were some of their comments.

Thanks for the love throughout the many years of knowing you ❤. Love you sis Afi Antonio 40 looks beautiful on you Happy 4th year anniversary Afi Antonio Foundation Blessings on top of Blessings

Wishes from the Afi Antonio Foundation

Photos from the donation

“Forgot to log out”: Saffas spill the tea on why their last relationships ended