Girl writes letter to another lady, tells her “please marry my daddy when I die”

Please Marry My Daddy When I Die, Girl, 11, Begs Lady in Final Letter Before Dying of Cancer, Story Goes Viral, A little girl named Christable wrote a final letter to her dad’s friend, asking that she marry her dad when she is dead. She wrote the letter before she sadly died of cancer. 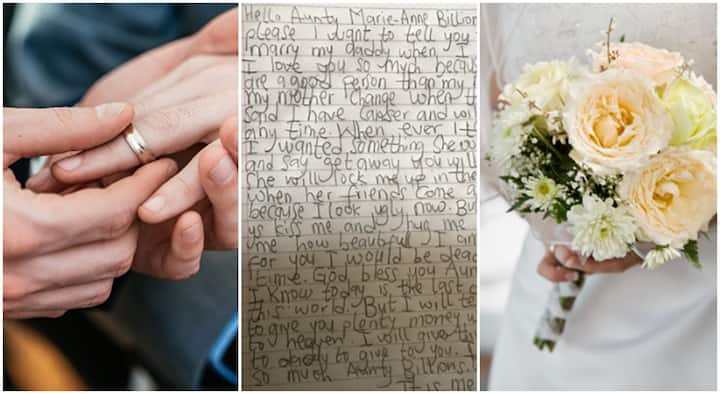 Her dad’s friend, named Marrie-Anne Billions Koomson shared the letter on Twitter and it made many people emotional.

My mum shouts at me

A look at the letter written with a pencil by the girl shows her description and perception of her mother.

She does not think her mother is caring enough, given that the doctors have told the family the girl will die at any time.

She said the mother uses that as an excuse not to care for her as she appears has given up, always saying that she will die soon. Her words:

“Wheever I told her I want something, she will shout and say get away, you will die soon. She will lock me up in the room when her friends come around, because I look ugly now. But you always kiss me and hug me and tell me how beautiful I am.”

“So that’s the only sense you made out of this emotion dripping scenario.. It pays to see the world as a giant mirror right in front of us.”

“The little girl is indirectly telling u to chase her mum away from her dad and transfer the love and care u showed her to her dad because they got none of this from her mum. She believes her dad deserve better care and love reason why she chooses u.”

“This is so touching, please do her last wish, marry her dad.”