TASUED Students ‘Fight’ Over Who Is Better Between Davido and Wizkid, Video Stirs Reactions, Some men who are believed to be students of Tai Solarin University of Education (TASUED) have created a scene while trying to stan their favs in the Nigerian music industry. 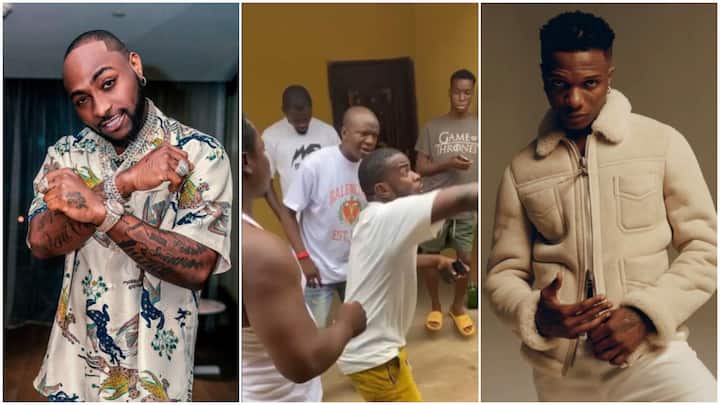 Though one could hardly hear the points they were making with the noise created, a man filming the commotion said that they are arguing about who is a better artiste between Davido and Wizkid.

In a clip shared by Instablog9ja, none of them gave the other the opportunity to make his case as they were all about shutting themselves down.

A man playfully pushed another away in a pretend fight.

At the time of writing this report, the video has gathered over 4,000 comments with more than 54,000 likes.

Headaches over Davido and Wizkid

“Put the energy in your own job & skill make people Dey fight for you too.”

“Omo me I fit do pass like this cos of DaviDo Oo.”

“And the artists themselves are just living their lives minding their own business while you continue to argue over nothing.”

“Omo this is me and some Davido fans on my cl on WhatsApp.”