after a video of him spending some quality time with his children surfaced online. 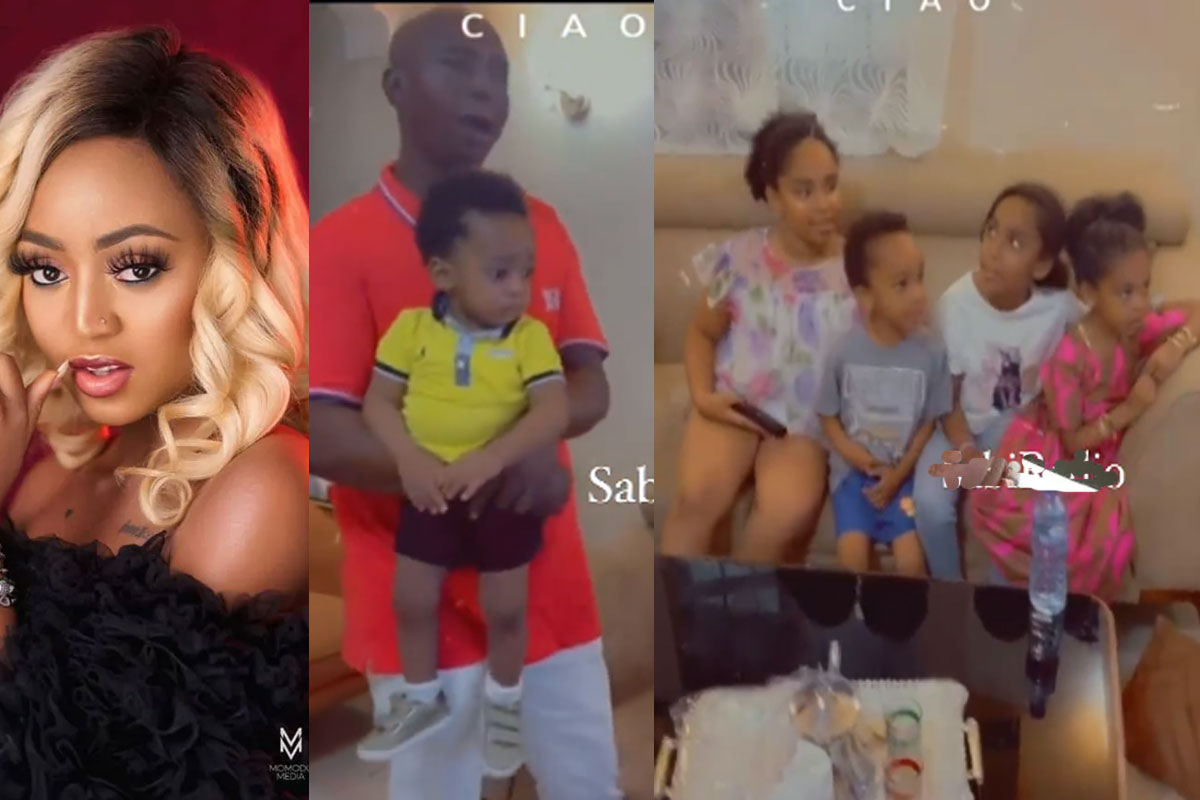 Despite his busy schedules, Ned Nwoko always makes time for his kids and he loves to bring them all together and enjoy some good time with them.

The video posted on Sabiradio Instagram page captures the husband of Nollywood actress, Regina Daniels carrying their son, Munir Nwoko in his hands whilst his other kids were seated on a couch watching television together and singing along to the song which was being played on TV.

Social media users after watching the video described him a good dad as he always serves his duties as father to his kids well.

See some comments below;

He spends time with his plenty kids unlike all these men that will be looking for small opportunity to leave the house to nearest beer parlour.

Father of many nations, our very own king Solomon of this era