He told his mum to calm down: 3 times social media changed lives of Nigerians

Mummy Calm Down Boy, Dancing Security Men Among People Whose Lives Changed With Power of Social Media, If we were in the early 2000s, it would most probably take a lot to explain to people just how very powerful social media could be. 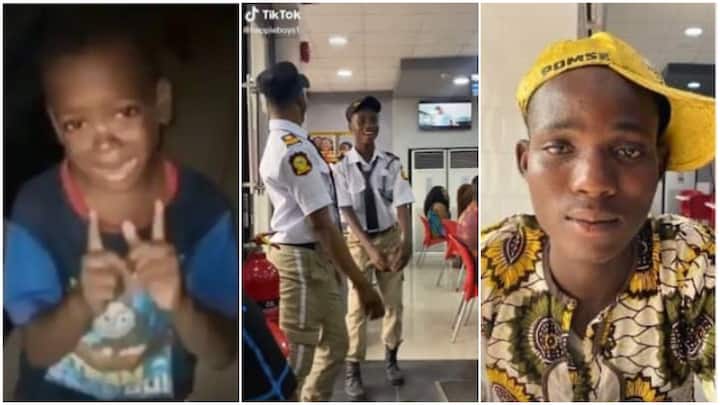 In this day and age, examples of how social media could be a cheap platform for visibility and a tool for great change abound.

When a young man called Warisi was vibing at a party in Oyo state many years ago and being recorded, he never knew how big that would later be.

In my conversation with Warisi, he shared how his 2019 dance video made him a viral sensationhttps://t.co/xjGInr7PzG pic.twitter.com/8BgCfMqDan

Years after that, influencers posted his video on Instagram and it became a viral sensation that the popular DJ YK had to make a beat out of it.

Warisi got so popular that he started performing at shows even though he was not an artiste. People just wanted to see him dance.

Two men working as security guards at an eatery got fired because they danced during their working hours.

Due to that, they opened social media accounts and rode on the anger Nigerians had against the establishment that laid them off.

More job offers and opportunities came to them because someone posted them dancing online.

In 2020, a little boy gained massive attention with his funny reaction to his mother’s rebuke by telling her to calm down

The words “Mummy calm down” became a known expression. Weeks after his popularity, the Lagos state governor, Babajide Sanwo-Olu, met with him.

Social media as a change agent

While these platforms are virtual spaces to unwind and connect with loved ones, they could be a virtual tool in seeking justice like it was in the case of the murdered Bamise Ayanwole.

Get suited up like Alexx Ekubo: Actor serves style inspiration in 5 looks

I need more affection: Stefflon Don drops hint about why she broke up with Burna