Hope You Didn’t Write Songs for Him? Daniel Regha Asks Tekno As Singer Threatens Davido Over His New Album, Nigerian singer Tekno has sent a message to his colleague, Davido, over his new unreleased album as he signalled his interest to feature on it. 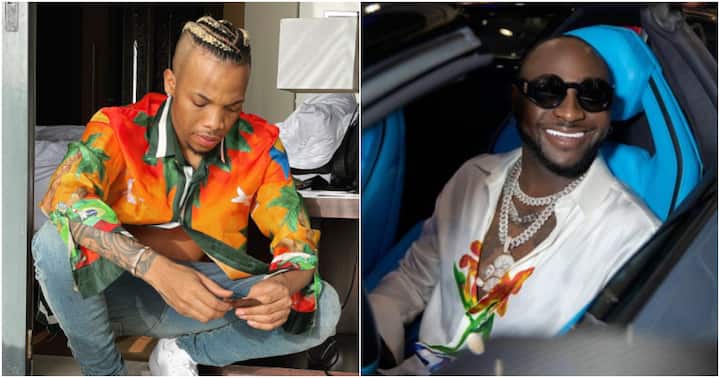 Tekno took to his Twitter page to inform Davido about his interest in the project, saying failure to make that happen will lead to the two of them not talking to each other again.

“Davido If the new album come out and I no dey inside don’t talk to me again.”

Davido acknowledged his tweet and gave him a subtle response without any guarantee.

Controversial Twitter influencer, Daniel Regha joined the musicians’ conversation as he advised Tekno not to write songs for Davido as he did with IF.

Daniel also advised Davido that people writing songs for him will limit his growth because he needed to normalize writing his own lyrics from the heart to aid originality.

Check out the conversation flow below:

Nigerians react to Daniel Regha’s message to Tekno and Davido

A number of social media users have reacted differently to Daniel Regha’s advice to Tekno concerning Davido’s new album, most of them slammed him.

“So person never see this guy wipe am cord for neck?”