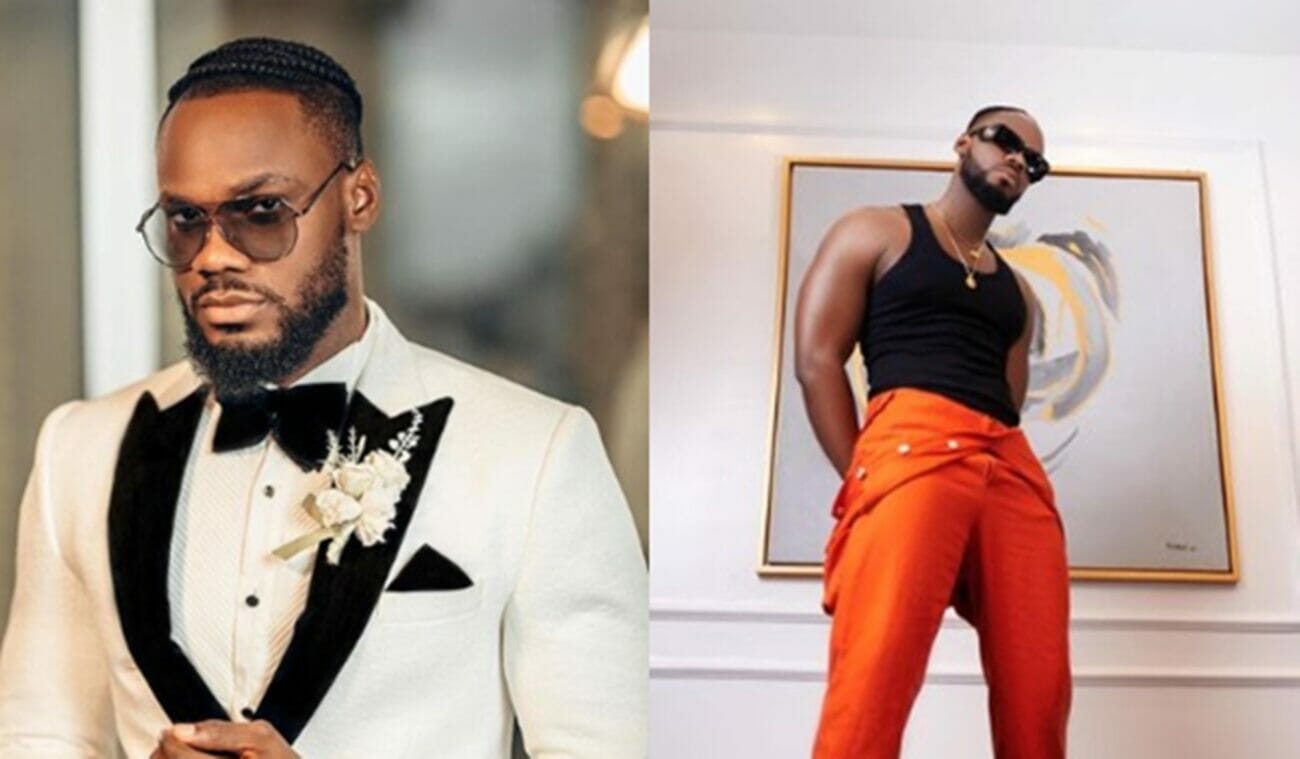 Big Brother Naija reality TV star, Nelson Enwerem better known as Prince has called out a bus driver in Lagos for almost landing him in trouble with a Rolls Royce owner.

Prince who referred to Lagos bus drivers as ‘complete menace’ said a crazy driver almost made him run into a Rolls Royce while trying to avoid an accident with him.

Grateful for not hitting the luxurious car, Prince wondered what he would have done if he had hit such an expensive car.

The furious reality star went on to rain curses on the driver even though he got an apology from him.

‘Bus drivers in Lagos are a complete menace 😡. One werey driver almost made me hit a Rolls Royce while I was trying to dodge him . Wetin I for tell my mother that I was doing and hit a whole Rolls Royce!! 😩

Werey get mind to wave me sorry, na thunder for fire you and your sorry’.

For many lovers of the Big Brother Naija reality TV show, the name Nelson Enwerem better known as Prince, is a household name.

Prince was one of the housemates from the BBNaija Lockdown edition, which took place in 2020, with Laycon emerging as the winner.`

Nelson Enwerem is known for his body structure and fashion style, which got many of his fans ladies especially attracted to him.

Before participating in the BBNaija reality TV show where he emerged as the third contestant, Prince represented Nigeria at the Mr World 2019 pageant.

This article is focused on what you should know about Prince Nelson Enwerem; continue reading to the end.

Nelson Enwerem Prince was born on the 2nd of August 1995 in Abia to HRH Eze Leo Mike Enwerem, Ebi I of Umuebie and Queen Ugoeze Catherine Chika Enwerem.

For many who may not know, Nelson Enwerem is a real Prince as he was born into a royal family; his father is the Ebi I of Umuebie, Ugirinna Isiala Mbano.

Prince is a Nigerian by birth and celebrated his 26th birthday August 2021.

Prince Nelson was a student at the Government College Umuahia before he proceeded to the University of Calabar (UNICAL), where he bagged a degree in Pure Physics.

Prince Nelson is a model, fashion enthusiast, and interior decorator. He once revealed he is well vast in the three areas and of course there is no doubt about it.

While Prince was eliminated from the Mr World 2019, he however won the contemporary dance category.

His big moment came when he participated in the Big Brother Naija reality show, while still in the house, Prince bagged the Imo Distinguished Personality Award: Youth Activist of the Year in 2020.

While Prince was one of the most loved housemates in the house, he was however in some dramas while in the house.

Prince and Ozo were caught up in a love triangle with Nengi, who was the love interest of the male housemates. Nengi would later tell Prince he was not the guy she wanted because he was everywhere.

He and Tolanibaj were believed to be in a relationship but other housemates assumed it was fake.

At the end of the show, many people assumed Prince and Dorathy were a thing, however, so far nothing has been heard about the two taking it further.

There are no details of how much Prince is worth, but he is living a comfortable lifestyle.