Delta state police command, DSP Bright Edafe, recently took to his Instant Messaging platform to share the story of how an internet fraudster popularly referred to as Yahoo boy, snitched on another Yahoo boy for scamming his Russian ‘woman.’ 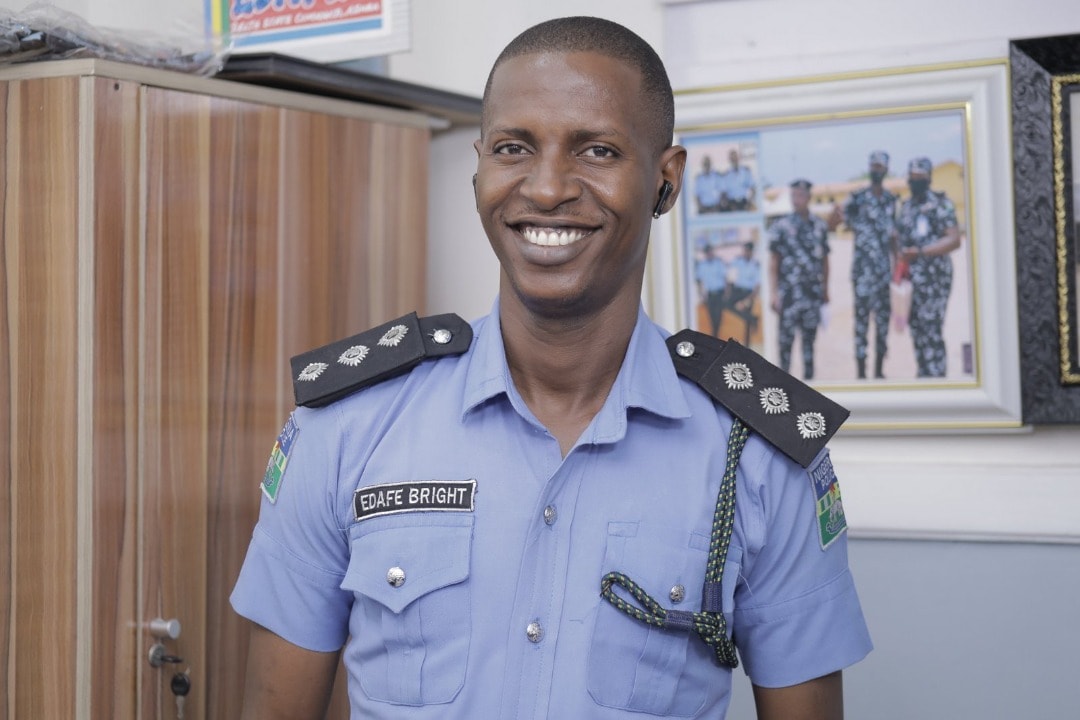 Sharing the screenshots, he wrote;

Na so Yahoo Boy carry my number give him client for Russia to report another Yahoo Boty wen scam her to me. Wetin Musa no go see for Gate?

Well i ended up letting the white woman know that even the boy wey give her my number na scammer too. Abeg I do Bad? 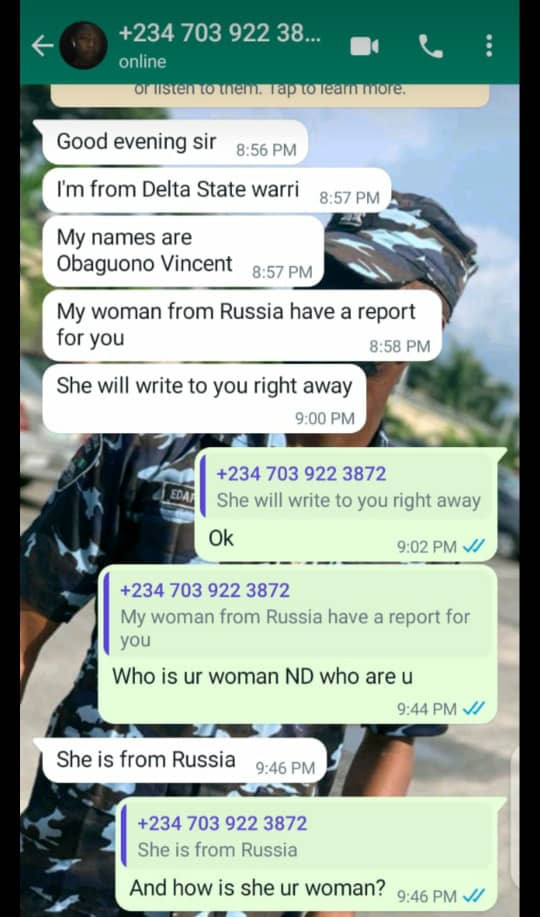 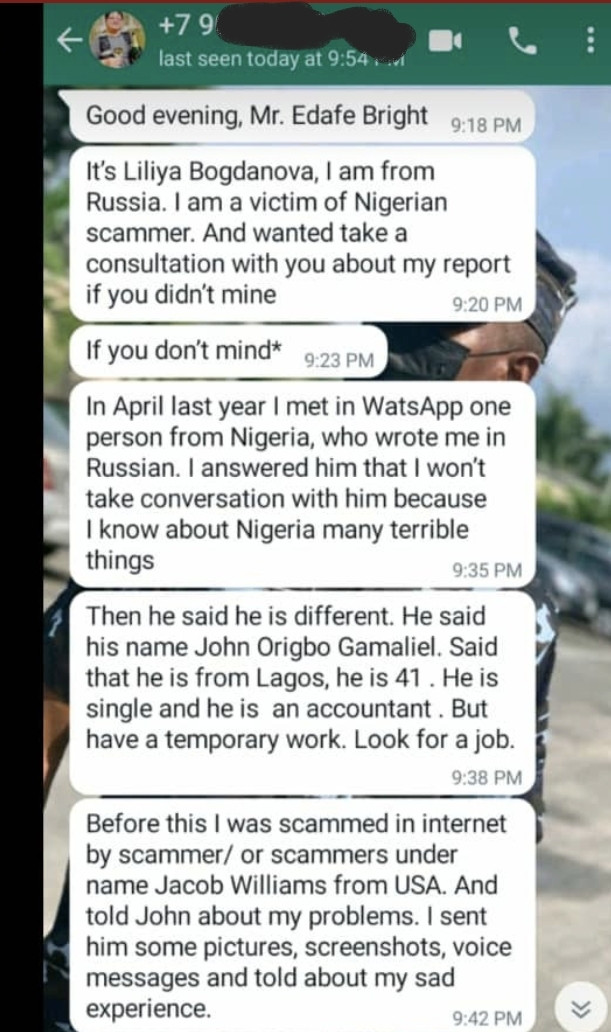 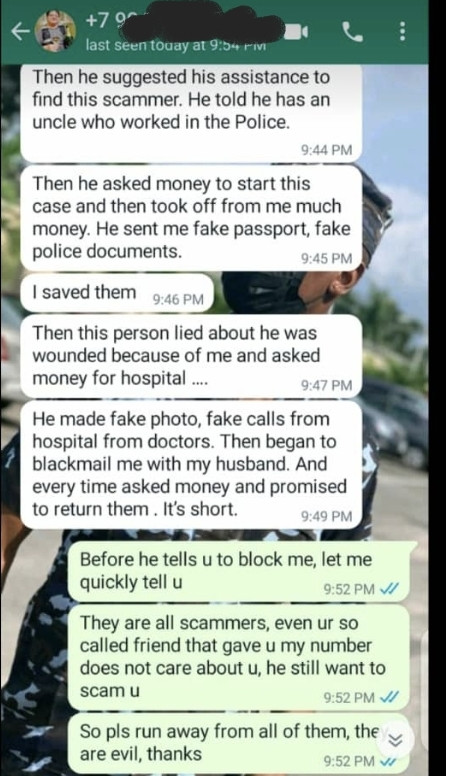 In related news, Operatives of the Abuja Zonal Command of the Economic and Financial Crimes Commission, EFCC, have arrested one Afolabi Samad, owner of a Yahoo Yahoo Academy in Abuja.

“The owner of the alleged Academy rented the 3 bedroom flat for ThreeMillion Naira to impact the tricks of cyber-frauds on his apprentices for undisclosed fees.

Item recovered from the suspects include laptops, phones, charms and two vehicles: a Lexus RX350 and Toyota Highlander.