“I am thankful” Funke Akindele grateful as she shares stunning photos 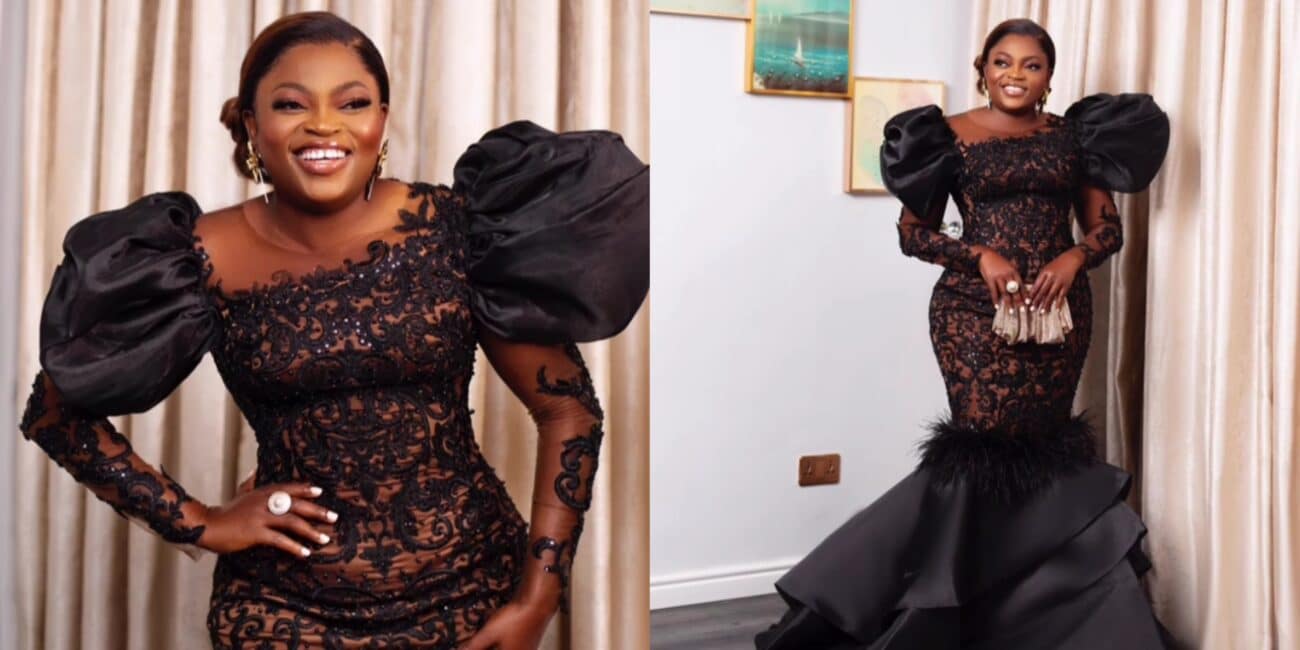 As the year is fast running to an end, Nollywood actress, Funke Akindele is reflecting on her numerous blessings.

Despite her divorce from the father of her boys and husband of 6 years, Funke Akindele has many reasons to be grateful.

This year has no doubt been a blessed one for the aspiring politician as she continues to win in all levels. The highlight of her year was her venturing into politics as the PDP deputy governship candidacy for Lagos State.

Taking to Instagram to share stunning photos, Funke Akindele revealed that she is in a grateful mood. The mother of one stated that she is thankful.

Just days back, Funke Akindele had doubled down on her plans to step away from Nollywood to focus on her political career.

Recall that in July, while confirming her PDP deputy governorship candidacy, Funke Akindele had disclosed that she was ready to pay the price of embracing politics which will temporarily hold her career in the Nollywood industry.

In an interview with Punch Deji Lambo, Funke Akindele revealed that her latest movie, Battle on Buka Streets, is her farewell project as she fully delves into politics.

The reason for stepping away from the movie industry isn’t far fetched, as Funke is contesting to be the next deputy governor of Lagos State.

According to her, she is passing the baton to the new ones, though, she would still be at the background to advise and supervise them. She expressed how fulfilled she is to have evolved from being an actress to a writer, producer, director and now discovering new talents.

She said, “A great change has happened positively if you noticed. From being an actor, I also write, produce, direct and discover new faces.

So, I have passed the baton of production to the young people because I have moved into politics now.

‘Battle on Buka Street’ is like a farewell because I am going to be the next deputy governor of Lagos State. So, I am passing the baton to the new ones because we need to give them an opportunity.

Yes, I will be in the background to advise and supervise them, but let them be the face, let us celebrate them, are you not tired of seeing old faces?”

The mother of two further revealed that she filmed the movie during her tough times, probably while she was dealing with her divorce from JJC Skillz.

“It was tedious; I filmed ‘Battle on Buka Street’ when I was really down, emotionally I was down, and this was before politics. So, rather than sitting down crying, I had to braze up because a lot of young people are looking up to me in the entertainment industry as we do work together. So, I can’t just sit down; I just pushed past all the pain, and put the emotions into the project and today we see the big thing happening and I am excited about that.

“I am grateful for a supportive and strong system” Mr Ibu eulogises wife, Stella as he shares rare family photos