I Don’t Want to Become a Burden: Man Plans Funeral Down, Buys All Drinks Guests Will Take During His Burial

I Don’t Want to Become a Burden: Man Plans Funeral Down, Buys All Drinks Guests Will Take During His Burial, A 70-year-old man, Leo, dug his grave in preparation for his death. The man said he had to take that step because the poor members of his community found it financially hard to bury people who recently died. 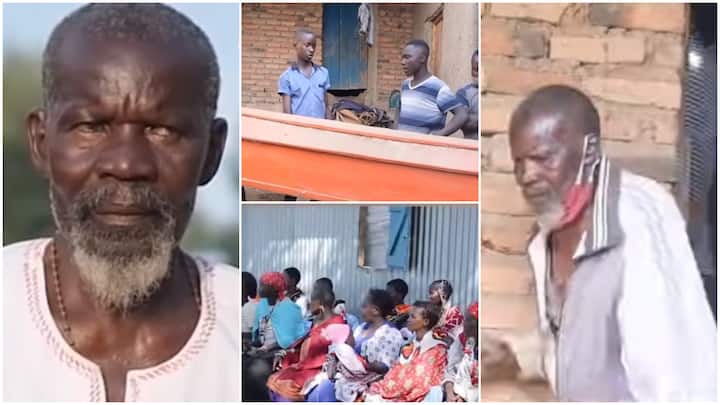 In a video documentary by Afrimax, the man stated that he does not want to become a burden to people after he is gone.

Everything has been paid for

To achieve that purpose, the man did not only dig his grave, he prepared everything that would be used during his funeral.

The man bought enough drinks to entertain guests that would grace the event. He also got cement and bricks for the grave.

Leo who has nine wives paid for his pallbearers in advance. Since being done with his funeral arrangement, the man has been using his time to celebrate the remaining days he has on earth.

At the time of writing this report, the video has generated comments. Below are the reactions:

“He is a wise man. It’s only in Africa we leave the burden of our funeral for relatives who re already in mourning. Africans don’t ever plan fir their death. They want to go to heaven but don’t want to die. Death is a debt we must all pay so why not make it easy on ur loved ones by saving them from incuring debts on ur funeral expenses.plan your final expenses through the right insurance company or do it yourself.”

“The man that saw that future.”

“It’s a day that calls for thoughts.”

Another man planned his burial in advance

Meanwhile, WE earlier reported that a Nigerian man, Clement Usoro, gave a fresh perspective on life and death after building his grave and even celebrating his funerals before his demise.

The 73-year-year-old, in an interview, said he made the necessary preparations for his death three years ago when he marked his 70th birthday anniversary.

According to the septuagenarian, he has also written his will. Usoro, however, said he keeps updating it to “keep up with time.”

Actor Baba Rex Shows Off His Beautiful Wife And Kids, Calls Them “My Squad” (Photos)