I don’t want to die: Singer Mohbad accuses Naira Marley of being after his life

Singer Mohbad Breaks Down in Video, Accuses Naira Marley of Wanting to Kill Him, Begs Fans to Save His Life, Nigerian singer, Mohbad, recently caused a buzz after breaking down on social media on an Instagram live video. 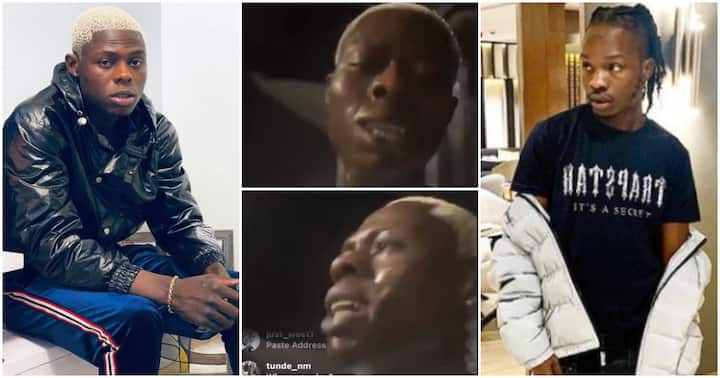 The singer who appeared to be on the road at night was heard lamenting and claiming that his record label boss, Naira Marley, is after his life.

In one of the videos making the rounds, Mohbad called the attention of his fans and claimed his life is in danger and that Naira Marley wants to kill him.

“Everybody in the whole world please help me. If I die, na Marlian Music and Naira Marley kill me. Abeg I know wetin I dey talk.”

Mohbad appeared to be in great distress as he made the video while onlookers tried to stop him from uttering some statements.

Later on, that same night, Mohbad was seen in a car and he explained to his fans that he was on his way to a hospital. He continued to beg his fans not to let ‘them’ kill him and added that he is so messed up and does not trust anybody.

Mohbad then proceeded to mention the names of people in Marlian Music and noted that they are all in on it.

In another video, Mohbad informed fans of his location as he continued to beg for their help, adding that he doesn’t want to die.

Mohbad’s breakdown and outburst on social media has left many of his fans confused. While a number of them noted that there was more to the matter, others said the singer’s behaviour could be a result of substance intake.

“Now I understand his line I dor go mountain of fire.”

“They should track him please…we can’t afford to loose these guys that put smile on our faces.”

“Omo seriously eh the Live just ended maybe his phone fell off his while he was running . Somebody check on him the live was scary to watch.”

“They have inject this guy before releasing him.”

“What’s the substance in his mouth? Somethings are not adding up here.”

“He’s probably on dr*ugs or high.”