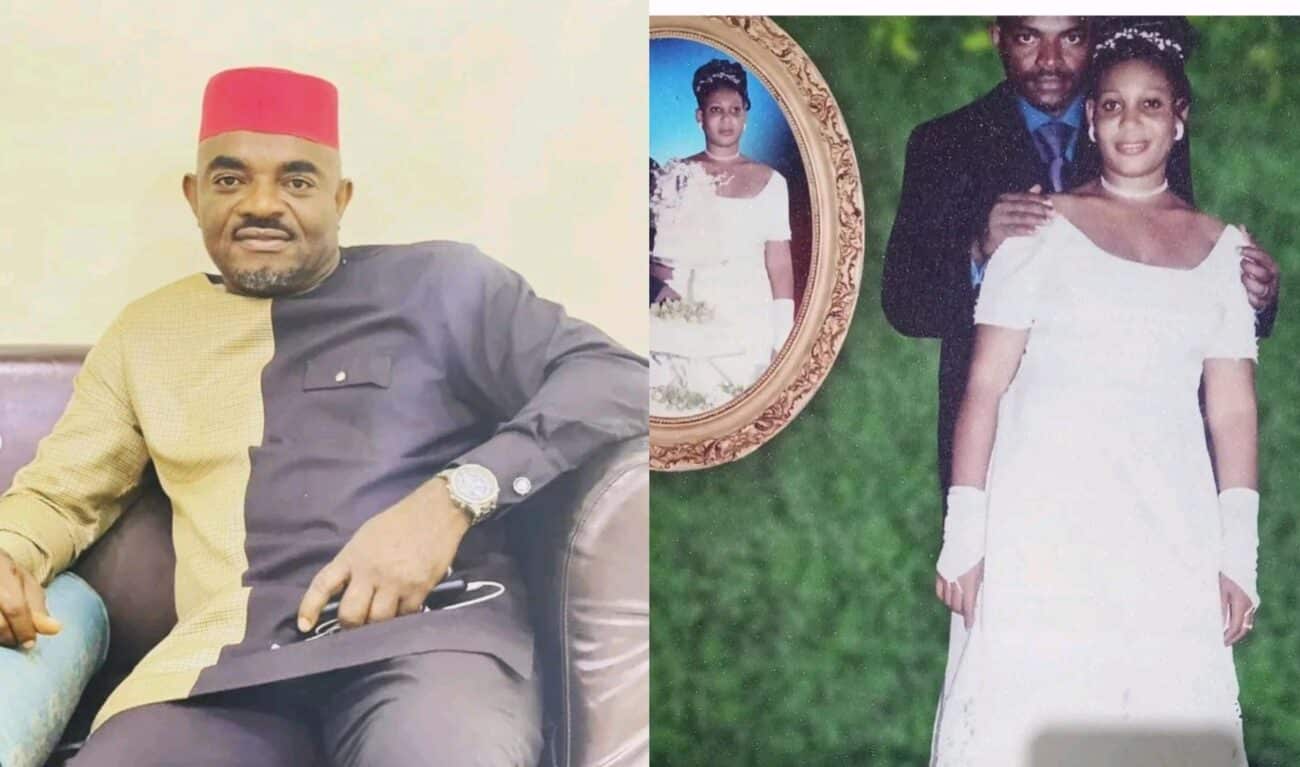 The movie star, who is also the President of the Actors Guild of Nigeria, shared pictures from his wedding ceremony, as he appreciated his wife for tolerating him.

Emeka Rollas also confessed that he made no mistake marrying his wife and they have seven lovely kids to show for it.

Taking to his Instagram page, to celebrate his wife on their anniversary, he wrote, “It’s 18 years today still counting.God has blessed us in all things as He did to Abraham whose blessings we share. We have had our own share of marriage turbulence which is normal but in all we have Seven beautiful children to show for it.
I made no mistake marrying you.

Who would have been there for i me
lmy waka waka and movement of Jah people?
We have seen marriages crash after 25 years etc but God shall preserve our own.
I don’t care about life’s twists and turns, as long as I have you and our beautiful family.
Happy anniversary to us.”

In October Emeka Rollas Ejezie was among the 437 Nigerians and friends of Nigeria selected to receive national honours from the federal government.

They were the only two from the motion picture industry that made the cut.

Ejezie, actor, producer and President of the Actors Guild of Nigeria (AGN) was conferred with national honours in the rank of Member of the Order of the Niger (MON).