“I Play And I Also Discipline”- Mercy Johnson Reacts To Video Of Her Slapping Her Children After They Wronged Her, Nollywood Actress,Mercy Johnson has shown that she can be the usual African mother sometimes…Fierce and Disciplined! 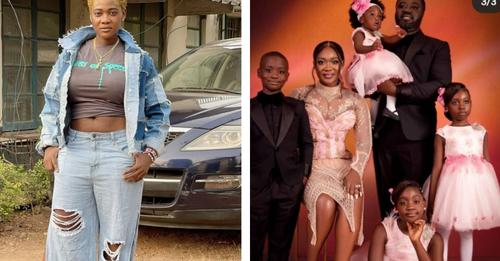 The Actress stirred hilarious reactions online after she shared a video of her slapping her kids while they make a TikTok video.

In the hilarious clip,the actress and her children were seen in an oversized shoe owned by her husband and they rock matching army uniforms. The video saw the poor children receive a ‘dirty slap’ from their mother after disobeying a command from her as she portray their commander.

“My Zulu sister in a foreign land”: Ayanda Jiya and Moonchild meet up in Texas