I Thought I’d Be the Next Tiwa: BBN’s Uriel Digs Up Photo of When She Got Big ‘No’ at Nigerian Idol Audition

I Thought I’d Be the Next Tiwa: BBN’s Uriel Digs Up Photo of When She Got Big ‘No’ at Nigerian Idol Audition, Former Big Brother Naija (BBNaija) housemate, Uriel Oputa, has humoured members of the online community after sharing a portion of her past with them. 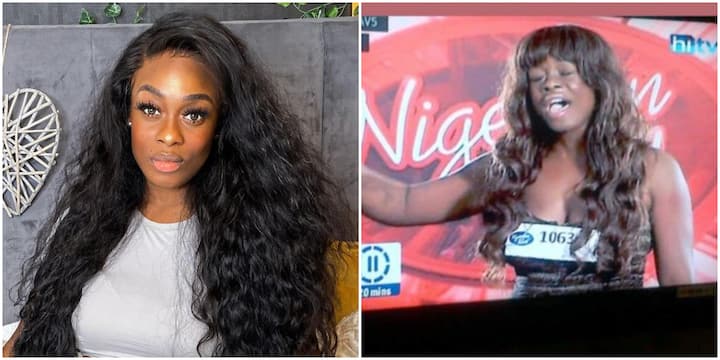 Apparently, the media personality once considered a career in the Nigerian music industry and she even nurtured the idea of being the next Tiwa Savage.

Uriel chased after her dream of being a music superstar by auditioning for the popular Nigerian Idol singing competition.

Unfortunately, things didn’t quite go her way as she recalls getting turned down by judges during the audition stage.

Uriel recounted how she went home and treated herself to a nice meal after the rejection.

Interestingly, she didn’t let the first rejection stop her as she went for another audition in the year that followed.

“Chai the next audition that year they come give me Wild Card. I refused to go home wetting be wild card biko? Who is wild here ?”

“Gentle reminder that people are not over night successes, they worked their way to the top . Well done URIEL.”

“Even the way you wrote the caption I can tell you’re still pained.”

“@urielmusicstar many wanted to try but didn’t have the guts or chance . At least you tried and it’s in the records.”

“I swear na audition I first see you.”