‘I Want Abortion’ – A Potbellied Man Storms Hosptial To Request For An Abortion, The fact that the man removed his clothing to demonstrate seriousness made matters worse because hospital workers ignored him because they assumed he was joking around. 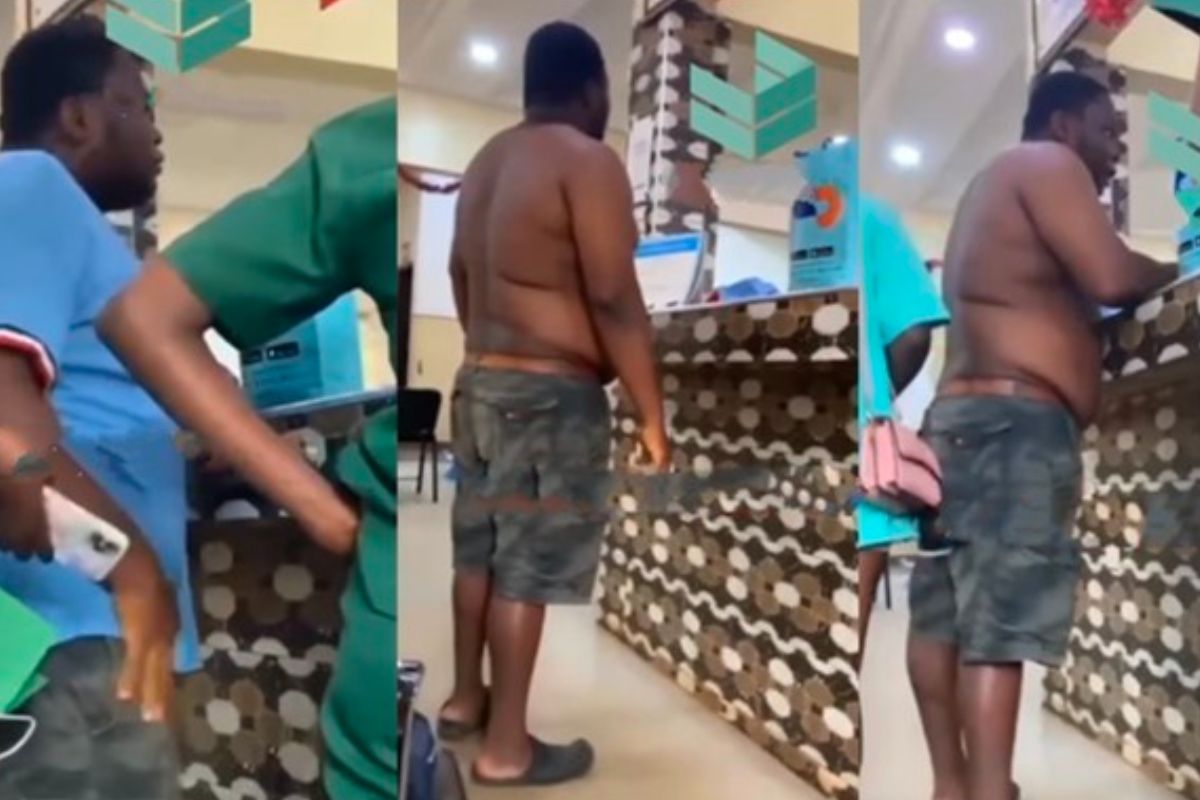 The young man yelled that he needed an immediate abortion because his stomach was already too swollen.

He was asked what he truly wanted by a man in the background, but he responded that it was none of his business. In amazement and astonishment, people in the reception kept gazing at him.

55palace wrote; Make person never do anything naww he go done meet himself for internet , even before I fit buy groundnut for street I have to look all around make una no come snap person 😂😂😂😂😂

tino_baba_ had this to say: No be esoehe hospital for ekpoma be this??😳😂😂

Chacha Eke is a ‘fierce queen’ as she celebrates 35th birthday with a new beginning, days after calling for help (Photos)