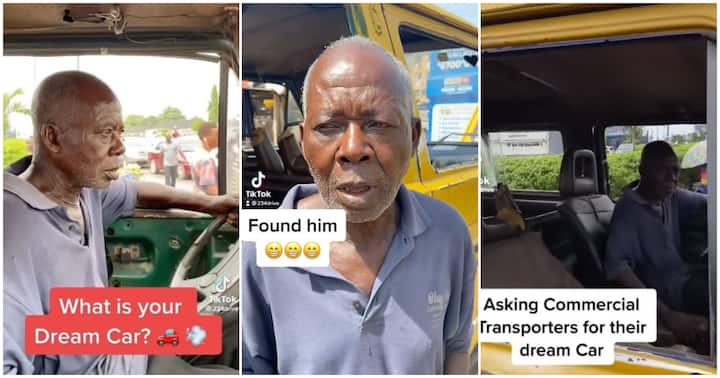 Despite his age, Ogbonna still strives to make ends meet for his family as a driver and when questioned about his dream car during a vox pop, he had a stunning response that shook the net.

Ogbonna was one of the few drivers a content creator quizzed on their dream car but his response has continued to stir reactions.

In a video shared by @234news on Instagram, he stated that having a personal car is not his priority at the moment.

According to Ogbonna, seeing that his children progress is his utmost desire at the moment.

“…The progress of my children, that is what I want,” he said.

Nigerians hail the old man, rally support for him

“And my uncle that’s 72 don weak like over used tissue … 77 is still driving on the road,so strong.”

“My heart goes out to the 77yrs old man who if I understand correctly is still hustling for his children. That man should be in retirement or at best in a less strenuous enterprise at that age.”

“That first man mehn This is just like my dad at 71 still pushing, God bless me and siblings so quickly.”

“A 77 years old man is meant to be resting honestly.

“God please bless him and his children.”