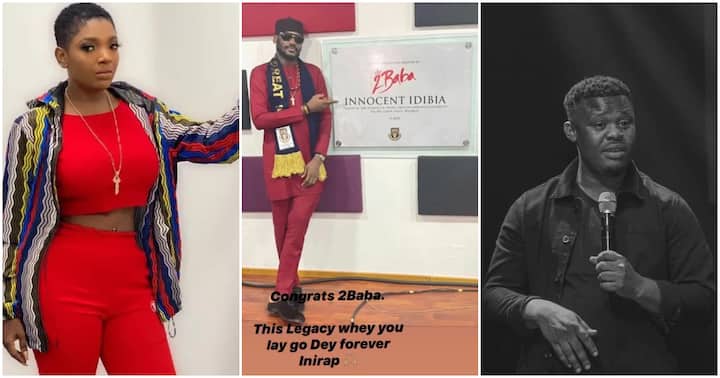 However, his wife Annie Idibia and some celebrities believed it didn’t get enough publicity from the media, especially Nigerian bloggers.

Annie, who shared a video where comedian Efe Warri criticised Nigerian blogs for their silence, said the news would have trended if it was about 2Baba impregnating a woman.

Annie, however, stressed that her husband was less concerned about making the news as he preferred doing his things on a low key.

“Baba no Dey make noise, It is what it is !! Man don’t even care if it’s out there or not ! He made a promise to the faculty of music student in OAU .. And he delivered, than expected !”

Nigerians have since taken to the comment section of Annie’s post. See some of the reactions below:

“When. You nor dey lobby them, how dem wan post ? When no be amebo news ? Shows where we are headed in this country.na only fake them wan sell.”