Actress Rita Edochie has savagely replied to a follower of hers who said he’s now back to love her saying she isn’t begging anyone to love her because the love of God is enough for her. 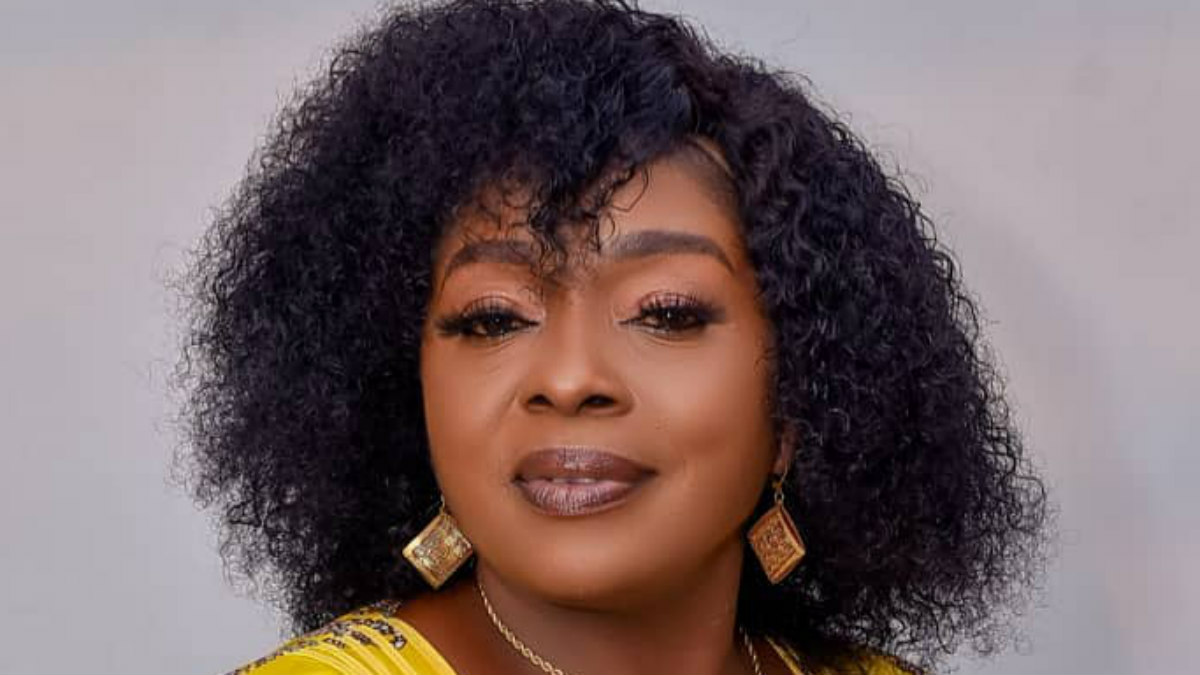 This follower of Rita Edochie read meaning into her post of Igbos coming together to fight for their right in their own land as if she’s asking for love from some people saying he’s actually back just to love her again thinking that is what her post is all about.

Rita Edochie replied that her post isn’t about someone loving her saying she isn’t begging him to love her as she has the love of God and that is enough for her and she’s not looking for any human love from anyone. 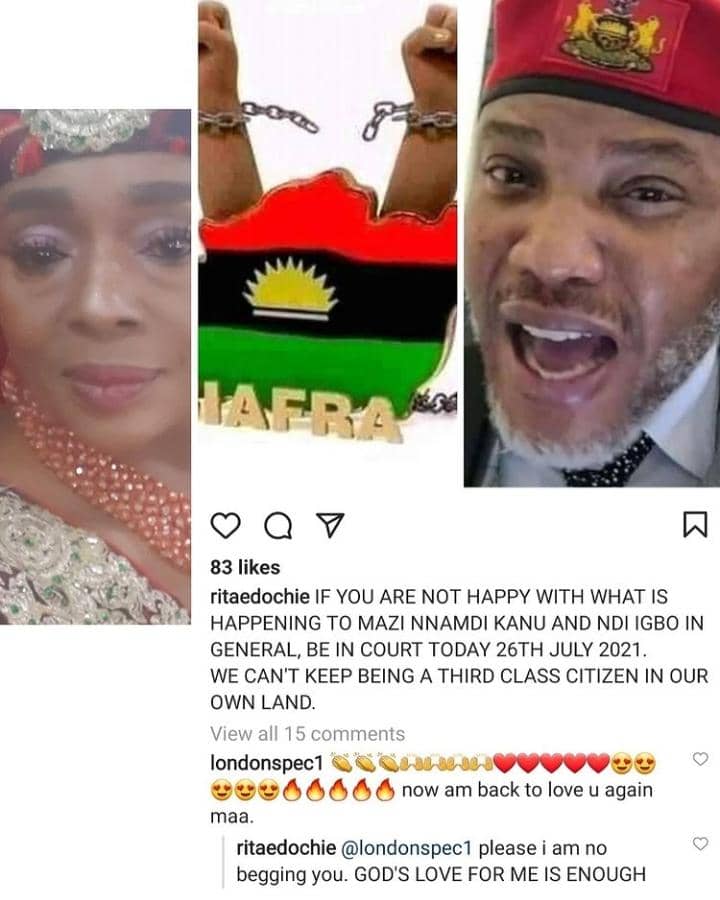 Alex Ekubo All Romantic As He Celebrates His Fiancee – Says It’s Her Last Birthday To Become Mrs. Ekubo