I’m single and into human: DJ Cuppy replies fan who asked her about dogs

An interesting exchange happened between DJ Cuppy and one of her fans on social media after the fan expressed his curiosity about her love life. 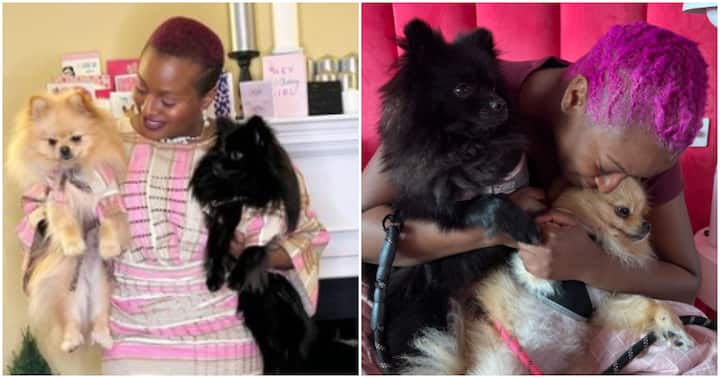 The fan dared the female entertainer to show off her man or else he will assume she has an agenda with her dog.

DJ Cuppy is expected to get angry over the not so cool assumption but she rather explained herself that:

“I am single and my type is human species.”

Nigerians react to Cuppy’s exchange with the fan

Social media users have reacted to DJ Cuppy’s response to the fan, most of them commended her for not getting angry over the comments.

“I love how playful and humble Cuppy is, no matter how much you try to troll her, she always find a way to make it funny.”

“Some people are rude sha.”

“Cuppy strikes me as one with no problems. Always calm even in her replies to trolls.”

“All the girls that owns dogs are running kitikiti to explain they do humans and not dogs.”

FCT, Abuja – A report by the Daily Sun newspaper indicates that aspirants on the platform of the ruling All Progressives Congress (APC) are currently in confusion and fear over the modality the candidate of the party will emerge after the primaries for the 2023 presidential election. Although the aspirants have been declaring and have even started purchasing the party’s N100 million expression of interest and nomination forms, however, many of them are groping in the dark and uncertain about how the party’s candidate will finally emerge.