Love they say is a beautiful thing, even though actress Ini Dima-Okoji’s fiance, Dr Abasi Ene Obong was once married with two kids, he is gearing up to give love a second chance with the actress. 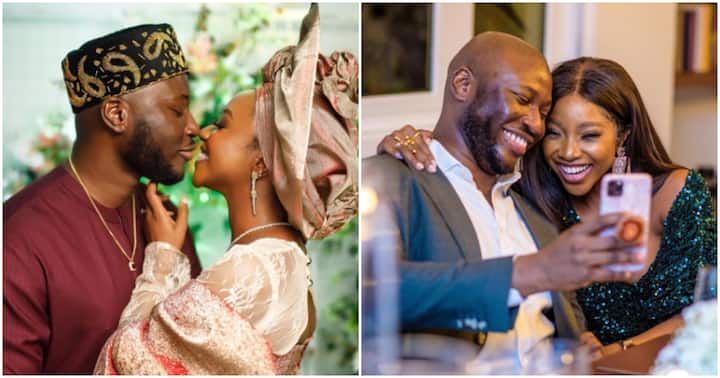 Dr Abasi took to his Instagram page to share a lengthy post about how his first marriage that produced two kids failed and had to face a lot to bounce back from it.

He said his first marriage was at age 26 and it ended after eight years but it was difficult for him to deal with the aftermath.

Abasi further delved into the second chance and declared that he never thought he could remarry before he met the beautiful actress who changed the entire story.

He looks forward to their wedding next month as he heaped praises on his beloved woman.

Social media users who read Dr Abasi’s emotional post have reacted differently to it, while some of them hailed him for giving love a second chance, others slammed him.

“Too much information, who ask you all this.”

“Sometimes, we deserve a second chance. But, due to past experiences, we feel we ain’t worthy enough. She was all he needed to heal but, he was too afraid to commit.”

“All these things aren’t necessary. We don’t need to know. If ini idima knows…it’s fine, she is the one you want to marry.”

“Congratulations to them, make nobody sha marry my husband.”