“Is Odunlade Adekola your mate?” Actress Toyin Abraham, Iyabo Ojo cause a stir as they declare Ibrahim Chatta ‘Best Actor’

“Is Odunlade Adekola your mate?” Actress Toyin Abraham, Iyabo Ojo cause a stir as they declare Ibrahim Chatta ‘Best Actor’ 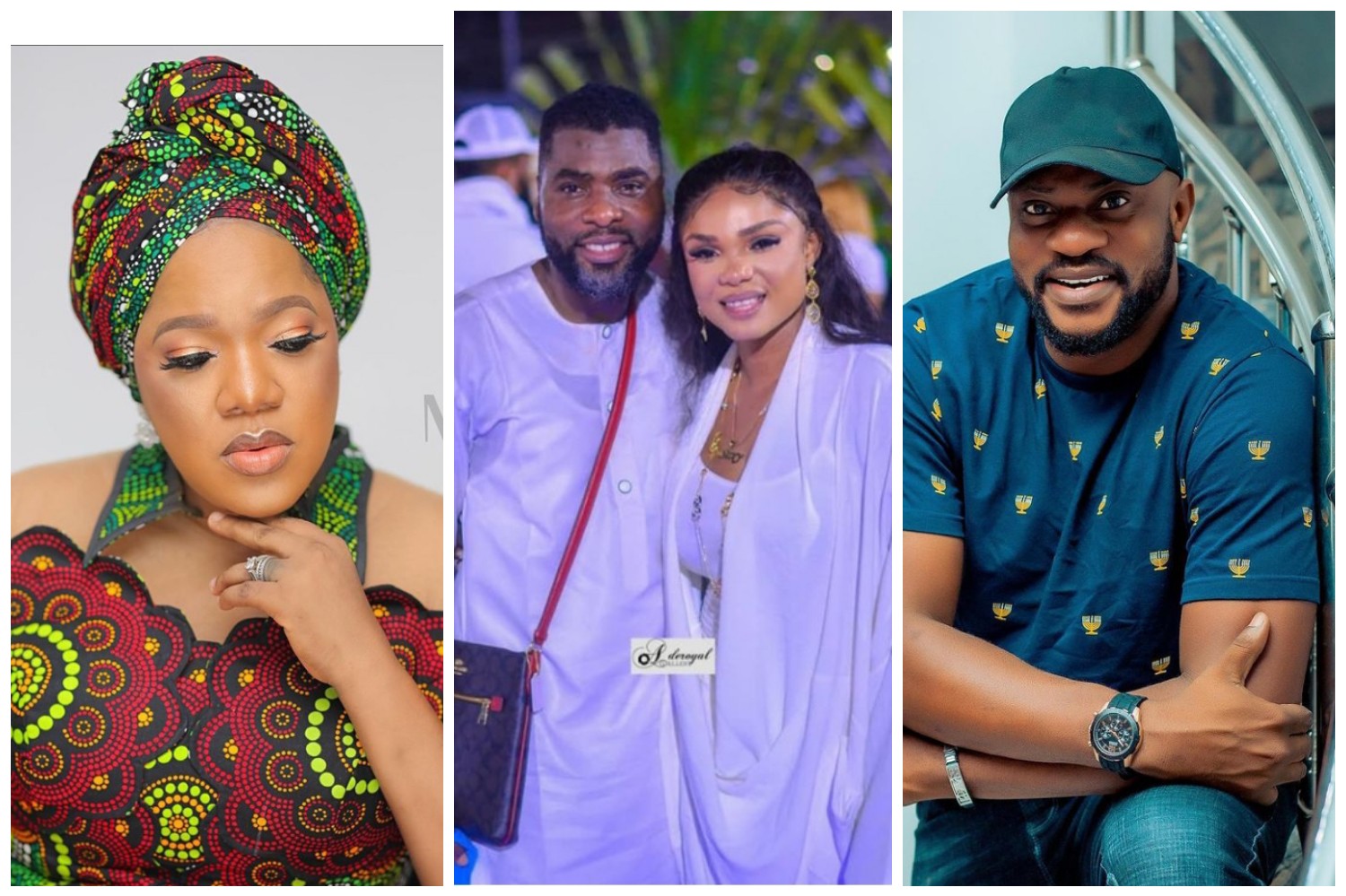 Nollywood actress Iyabo Ojo and Toyin Abraham have caused a stir on social media after declaring their colleague Ibrahim Chatta as the ‘Best Actor in Nigeria’.

Iyabo Ojo took to her Instagram page to share photos from the All-White party of fuji musician Kwam1, held on 3rd January 2020.

Captioning the post, Iyabo Ojo said she might not have said it enough, but Ibrahim Chatta is her best actor in Nigeria.

In her words: I don’t know if i tell you this enough, you’re my best actor in Nigeria no @ibrahimchatta_lordthespis

Reacting to the post, Toyin Abraham affirmed with the words of Iyabo Ojo, saying Ibrahim Chatta is a prominent actor.

Toyin Abraham’s statement did not sit well with some fans who questioned the position of Odunlade Adekola and asked why she rarely featured Ibrahim Chatta in her movies.

It was recalls Toyin Abraham recently took to social media to express appreciation to Nigerians after her movie ‘The Ghost and Tout too’ earned the second highest-grossing Nollywood movie in 2021.

Toyin Abraham thanks Nigerians and her fan base for the love and support, promising that she will do more and better this year.

Thanks a lot NIGERIANS and #TOYINTITANS. I promise to do more and better this year Love you and thanks for always supporting me. Eshey Modupe 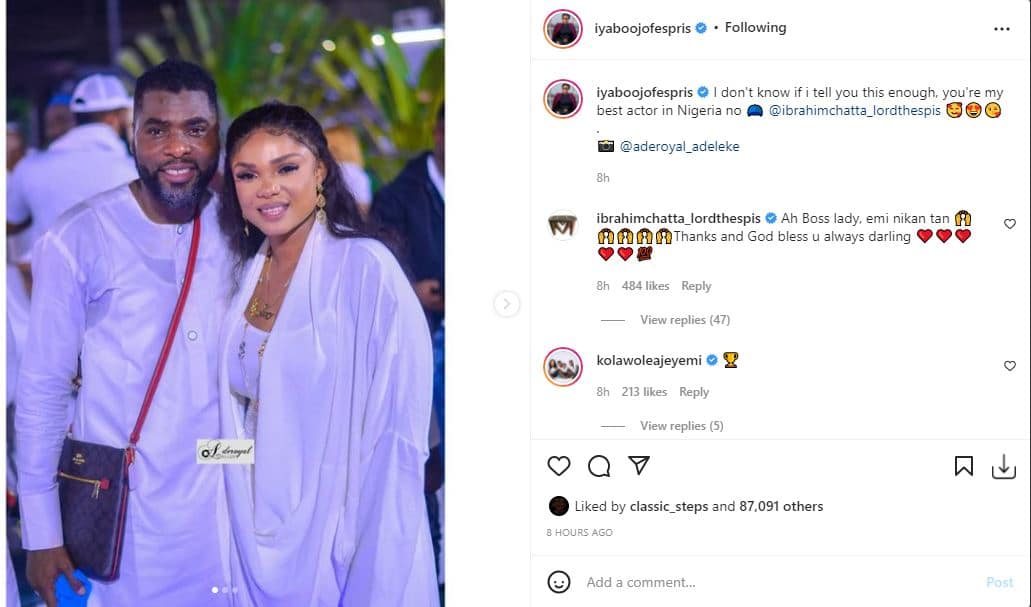 Your slap can send someone to Jesus, Mercy Johnson’s kids on Mother’s Day