Is that your final answer? Reactions as kid picks N50 notes over N1k in funny video

She’s So Innocent: Funny Reactions As Kid Picks N50 Notes Over N1000 Money in Viral Video, A video shared on Instagram by @saitavenue_ent1 has shown how innocent children could be and what influences their decisions. 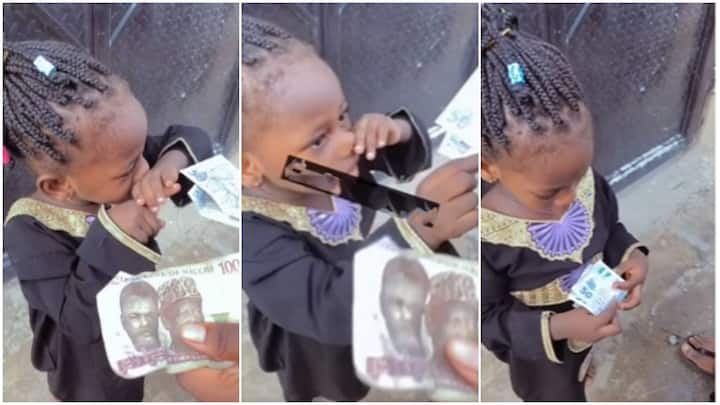 In the clip, an adult stretched out two hands containing two N50 notes and one N1,000 note to the kid, asking her to pick one.

Is that your final answer?

The child went for the N50 notes without thinking twice. When the adult asked her again to confirm as a way to show that she may be making the worse decision, the kid stuck to her choice.

Many people who reacted to the video said that the child chose the notes because of how plenty they are.

Watch the funny video below:

“Lol I’m psychology it’s called Law of Conservation. She thinks the 2 #50 notes is bigger than one #1k note.”

“You no know say two money is plentier than one money.”

“Shengbor wayre blogger sha cos she choose 100 to 1000 makes her innocent? Toor.”

“She see two money she pick, she no know say 1 head is better that two sometimes.”

Maria, 4 other BBN Shine Ya Eye stars who have remained relevant on social media