Make Ifeanyi No Break Am: Reactions As Isreal DMW Reveals Davido Spent N68m on 4 TVs for New Mansion, Award-winning Nigerian singer, Davido is known for splurging millions to get himself the best and when it came to furnishing his Banana Island mansion, he went all the way. 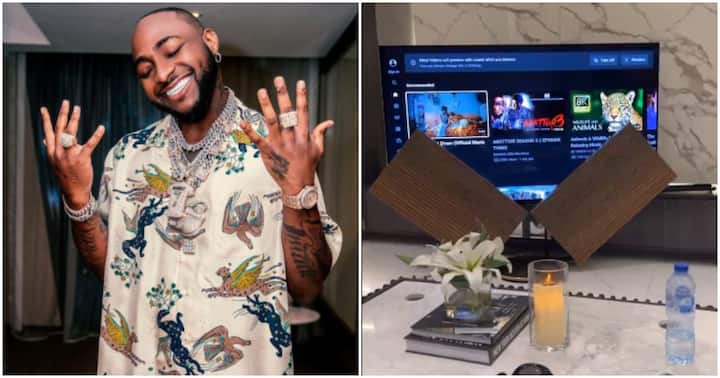 One of Davido’s crew members and loyal guys, Isreal DMW has taken to social media to reveal that the TV set Davido casually bought in his home cost millions.

According to Isreal, the singer spent N17m each on four Bang and Olufsen TV sets which brings the total spending to a total of N68m.

Isreal also hailed his boss and noted that it can only be Davido with such ‘doings’.

“Bang and olufsen is not for kids.”

“This Isreal will use clout & innocent ignorance to land his oga in trouble. Personally i think he talks too much‍♀️. Because who ask you ‍♀️‍♀️”

“What exactly does the TV do?”

“Isreal talks too much… jeez!”

“If they born ifeanyi and his sisters well they should let me catch them playing any rough play near the TV.”

“Bang & Olufsen is not anybody’s mate.”

“Normally Bang and Olufsen is no child’s play.”

“You are the goat”: Forex trader buys luxury supercar and SA is amazed