It’s a Bouncing Baby Girl: Elated Nigerian Lawmaker Welcomes 28th Child, Plans to Have More before 2023 Polls, FCT, Abuja – Alhassan Ado-Doguwa, a prominent member of Nigeria’s House of Representatives, has welcomed his 28th child from one of his four wives. 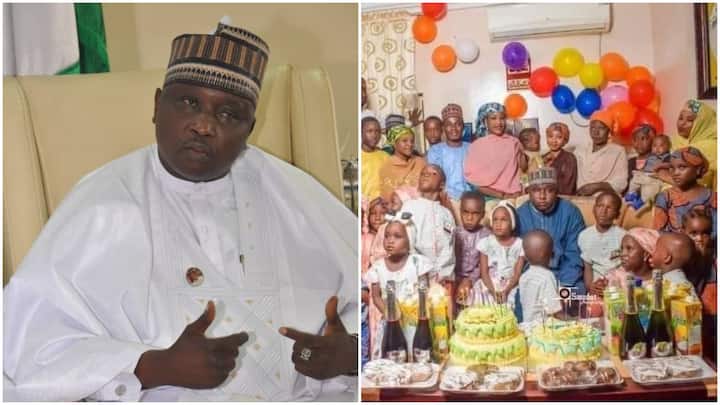 Ado-Doguwa who is the Majority Leader in the Green Chamber made this known during the plenary on Tuesday, January 25, noting that the child was born in the last 24 hours, The Nation reported.

The lawmaker who is representing Doguwa/Tudun Wada federal constituency on the platform of the All Progressives Congress (APC) said he intends to get more as he is still active and prepared to get 30 before the 2023 elections.

“This is no longer news. It is no longer news because this thing happened in the last 24 hours. It is true that my beloved family has gotten an additional one person. It is a baby girl. Bouncing.

“The mother and the baby are hale hearty. The husband is still active. I am here. And I thank God that I kept my word with the House that while I had 27 I promised you that I would continue counting. I want by the grace of God and your prayers that the count would continue.”

Plan to get electoral polling unit for family

Doguwa also reportedly joked about creating legislation to enable families with 30 children to get an electoral polling unit, as this was his target.

When the Speaker Femi Gbajbiamila asked if he was working towards a polling unit in his house with two to go, Ado-Doguwa responded:

“At least between now and 2023 before the elections comes, if you allow that, then I would have a polling unit within my home.”

I have 27 children from 4 wives and still counting

Remember The House of Representatives Majority Leader, Alhassan Ado-Doguwa? He brought his four wives to the house for show off sef.

Well, he has welcomed his 28th child.

On Wednesday, January 29, 2020, while he was been sworn-in again after winning his rerun, the Kano lawmaker presented his four wives before his colleagues.

He added the four wives have 27 children and will bear more.