These are good times for the family of Olaide Oyedeji as the actress recently welcomed a bouncing baby boy.

The Yoruba actress took to her Instagram page to share a video of herself on a hospital bed shortly after she delivered her baby. 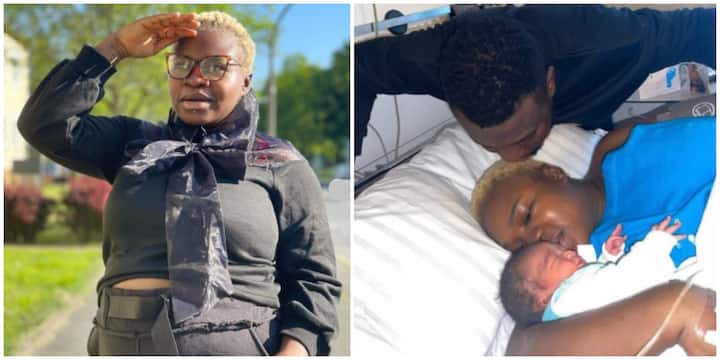 She shared a video and accompanied it with a prayer for expectant mothers.

Her husband also took to his Instagram to celebrate the birth of his son.

He shared a photo of himself cradling his newborn, in hospital scrubs.

Joyful reunion
A while ago, Oyedeji shared a heartwarming video that got people talking on social media.

The actress who has been separated from her actor husband for two years finally reunited with him as he finally had access to join them in Germany.

Oyedeji could not hold back her excitement and tears in the video as she held on to the father of her children.

Surprise birthday party for BBNaija Tobi’s wife
Nigerian reality star, Tobi Bakre, is settling in fine into his role as a husband and recently made his wife, Anu, a very happy woman on her birthday.

Anu clocked 26 on September 22 and her man made sure the day did not pass by without a buzz. Unknown to the celebrant, her man had planned a big surprise for her birthday and she literally did not see it coming.

Girl Makes Nigeria Proud, Emerges as One of the Brightest Students in the World