Nollywood actresses Kate Henshaw and Rita Dominic attended an ‘owambe’ event over the weekend and a video of the film stars is now making the rounds on social media. 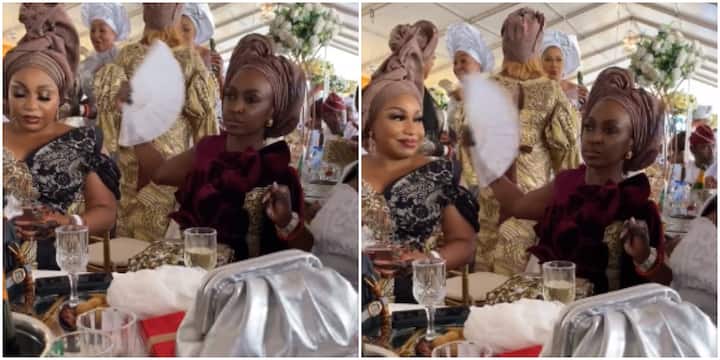 In the viral clip, Henshaw and recently married Dominic were both spotted at their allotted seats at the fully packed event.

However, Henshaw couldn’t withstand the heat in the hall and she helped herself with a hand fan. Moments into fanning herself, Henshaw decided to extend the favour to Dominic and this got the actress blushing.

Watch the heartwarming video below:

Rita and Kate crack me the hell up every time pic.twitter.com/4p35k3rIgx

“Give Am N2million”: Moment Davido Brought Female Fan on Stage, Pulled His Shoes for Her and Gave Her Money