James Brown shows off designer bags, outfits, and other items ahead of birthday

James Brown Ecstatic As He Splurges Money on Designer Bags, Shoes, Others Ahead of Birthday, Popular crossdresser, James Brown, is still enjoying his stay in London and since he will be celebrating his birthday there, he decided to go on a shopping spree. 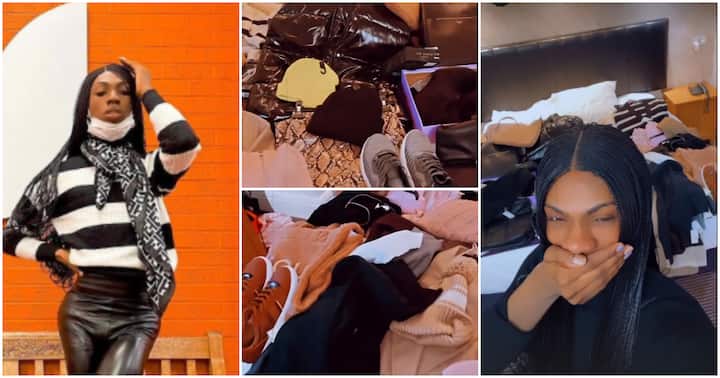 Brown revealed on his Instagram story channel that he splurged money on designer shoes, bags, clothes, and other accessories especially for his big day.

A proud James spread out all his items on the bed as he proudly showed them off and even gave a sneak peek of which item would go well with the other.

He specifically took out time to gush over his thigh-high boots and bags and even noted that he got a designer pouch for his laptop. 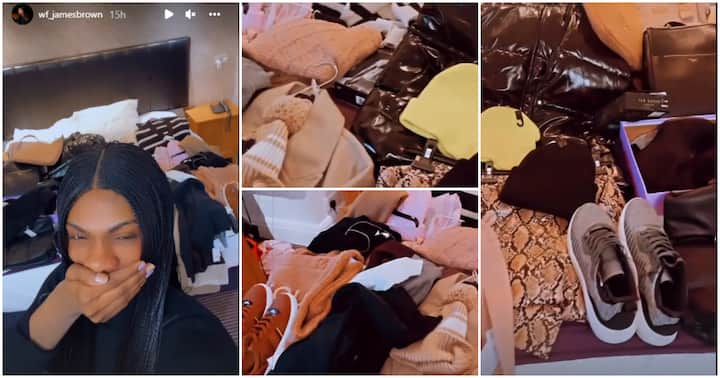 Controversial crossdresser James Brown seemed to have won the hearts of many following his trip to London.

We earlier reported that the young man took many by surprise after announcing his arrival in the UK on social media and posting photos.

Well, amid excitement and jubilation that has trailed the cross dresser’s achievement, some social media users have managed to drag senior colleague Bobrisky into the mix.

Lines are falling in pleasant places for controversial crossdresser James Brown and his community of online supporters are more than happy for him.