Jehovah’s Witness wife slams hubby, says he pretended to be rich before wedding

Jehovah Witness Lady Tackles Husband, Says He Borrowed Money to Show Off, Threatens to Report Him to Elders, A Nigerian lady identified as Oladimeji Oluwatosin has called out her husband for lying about his financial status before they got married. 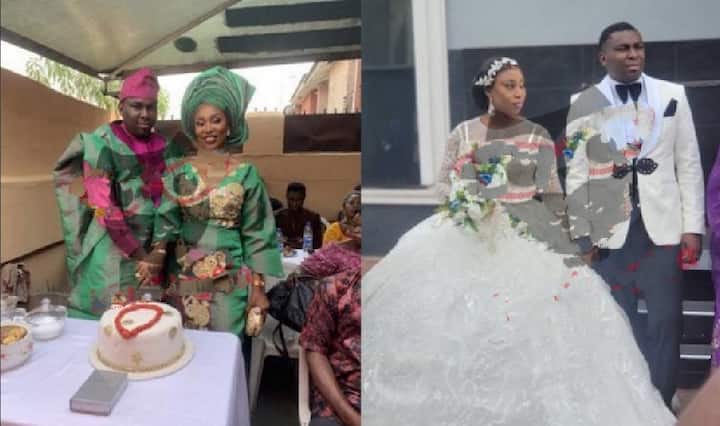 According to Oluwatosin, she and her husband named Emmanuel Egba got married in February 2022 after dating for six months.

Narrating her story in a post shared on Instagram by @instablog9ja, Oluwatosin said she got to Emmanuel’s house after the wedding and discovered to her shock that he could not even feed her.

According to her, he promised to open a tailoring shop for her but has failed to achieve that since they moved in together. Her words:

“We dated for six months and he said he wanted to get married. He deceived me into marrying him because we are Witnesses and we believe once we get married we can’t divorce, except on the ground of adultery.

“He borrowed money to show off, pretended that he was rich and came for my hand in marriage. My family and I agreed because he was acting all nice.

“When we were preparing for the wedding he lied that his company was owing him N11million. So my family took the responsibility of the wedding, did everything, only for me to get to his house and find out he has been lying to me all along.

“He promised to open a tailoring shop for me but he couldn’t even feed me, talk more of opening the shop. I told him I was going to tell the elders in our congregation and he thre#tened to k#ll me because he knew he would be disfellowshipped.”

Oluwatosin’s story has attracted huge reactions from social media users. Here are a few of them:

“Wait, y’all dated for 6months and you couldn’t sensed the kinda man he is? ‍♀️‍♀️‍♀️ Mbok.”

“Women make your own money. E get why.”

“Both of una dey play games.”

“That Saturday your guys married, you said you marry your best friend o.”

“You married him bc of money… both of you scammed each other.”

Rita and Fidelis: Fireworks, tears as couple dance to John Legend’s All of Me