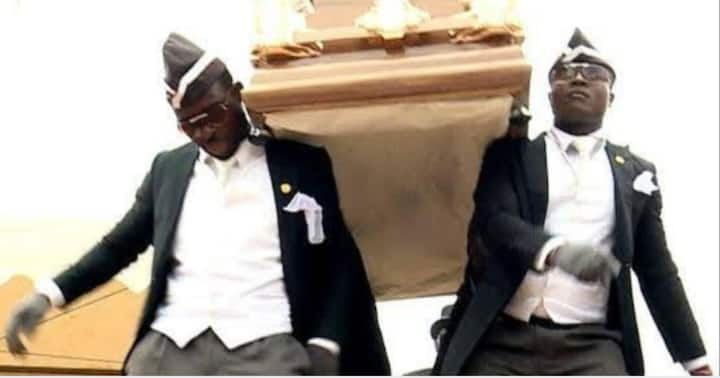 Two years after, the group minted their 10-second meme and auctioned it on NFT on April 7.

Dubai-based music production company 3F Music emerged tops in the bidding round as it purchased the video meme for the amount on Saturday, April 9.

Per a Joy News report, the amount places the meme among some of the most valuable NFTs to have crossed the million-dollar mark worldwide.

Reacting to the breakthrough

The leader of the pallbearers, Benjamin Aidoo, has lauded the Dubai-based music production company for winning the bid.

”We would like to say thank you to everyone who supported our NFT …,” he tweeted.

We would like to say thank you to everyone who supported our NFT, especially guys from the @Bads_Zlodei: Dmitry Makarov, Eugene Lapitsky, Mykhailo Vatazhok #NFT #Coffindance #MemeEconomy pic.twitter.com/uPmOC9IkYl

The pallbearers have pledged to donate 25 percent of the proceeds from the auction to Ukrainian charities to help lessen the hardship brought about by the ongoing war with Russia.

Watch their video below: