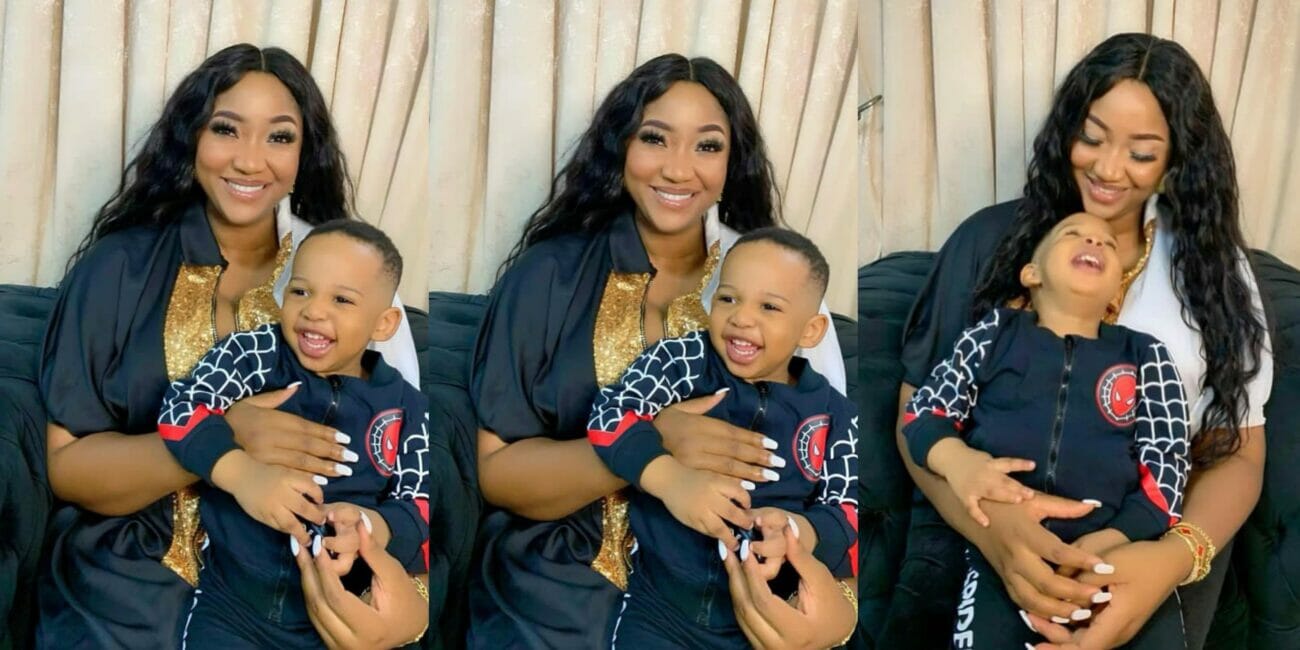 Nollywood actress, Judy Austin has stirred the internet as she releases Christmas photos without her husband, Yul Edochie.

The second wife took to Instagram to share stunning photos of her and son in celebration of the festivity..”Merry Christmas darlings. Wishing you and yours a wonderful celebration with lots of laughter and more”.

The mother of four marked her first Christmas without him, following her strong stance against polygamy.

Taking to Instagram, May shared a red and black themed Christmas shoot with their four kids.

She captioned it with, “Merry Christmas! The Queen, her princess and the boys”.

A zealous fan who noticed that Yul Edochie and his second wife were conspicuously missing at the family photo, photoshopped them into May’s Christmas photos.

Yul Edochie who saw the photoshopped family photo took to her comment section to praise her for the thoughtful act.

The father of five stated that this is how it should, one family all living in peace, love and jolly.

In a message to his estranged wife, Yul told her to rest, meaning that the actor wants her accept polygamy.

“Yes ooo Sarah. As it should be. Beautiful family. Blessed man with blessed family. Everybody will be living in peace, love and jolly.
May Zukwanike”.