Papa and Mama Ifeanyi Are Back? 5 Times Davido and Chioma Stirred Make-Up Speculations on Social Media, When it was assumed that things went sour between them even though none of the party involved issued a statement, it caused an uproar on social media for days. 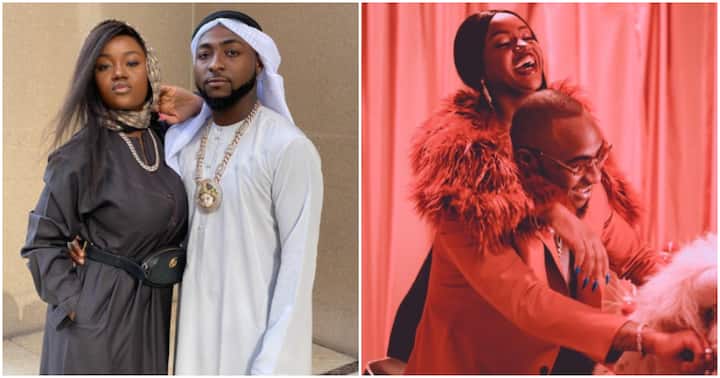 Over the past few months, Nigerians have been speculating that the pair are back together as a couple but decided to keep it lowkey.

Again neither Davido nor Chioma has dropped any statement announcing that they made up, but Nigerians are sure that they are back together as they keep piecing bits of vague information.

We brings you a list of some of such moments that gave fans hope that OBO is back wit his Assurance.

When Chioma threw a private first birthday for her son in the absence of Davido, it raised questions on social media.

Davido however threw a lavish party for his son with Chioma in attendance and their fans cooked up different excuses for the first party.

The parents came together as one and gave their son a beautiful birthday party.

Chioma is not called Chef Chi for nothing and even her baby daddy, Davido knows this.

The singer could not help but publicly show that he was blown away by one of her recipes.

Davido sparked curiosity among Nigerians after he bragged about spending N11.6m on luxury items.

He kept fans guessing as he did not say who he got the luxury item for.

Fans of the singer couldn’t help but ask who he got a particular designer bag for. While some people guessed Sophia, his first baby mama, some others went with Chioma.

The Fem crooner gave fans a huge reason to believe that he is back with his third baby mama after he attended her sister’s wedding.

Not only did the singer perform at the event, he also spent several bundles of naira notes on the dancefloor.

Even if they are not together, they are definitely on good terms.

This statement above was what gave fans yet another clue that Davido and his assurance are back together.

The singer attended E-money’s lavish 40th birthday party and he was heard confirming to actress Eniola Badmus that Chioma would be joining them.

Many people are convinced with the video that Ifeanyi’s parents are keeping their relationship under wraps.

We would definitely love to see more genuine Davido and Chioma content from both of them, but if the duo have decided to stay away from a romantic relationship, we hope they both find happiness.