Never Seen Her Like This: Reactions As Korra Obidi Finally Breaks Silence After Hubby Announced Their Divorce, Nigerian dancer, Korra Obidi, has now broken her silence as regards her marriage problems in a new video posted online. 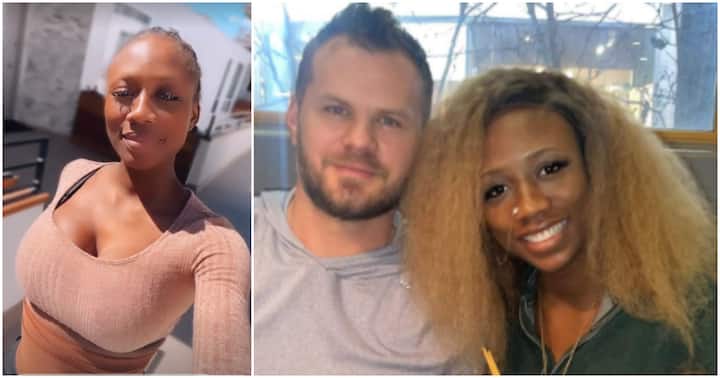 A video has made the rounds of the popular dancer finally speaking up after her oyinbo husband, Justin Dean, announced that they were getting divorced.

In the video, Korra, who appeared to be calmer than her usual boisterous self, explained to fans that she was alright.

“So I am going to be a 100% committed to taking care of my newborn and myself. Cus if mama is good, baby is good.”

Numerous online fans of the couple had a lot to say after Korra finally broke her silence. Some of them were still in disbelief about their marriage going through issues.

“You know that moment you finished crying and try to force yourself to speak yup, I can feel it in her voice ….may God heal you and your family.”

“There’s really so much going on behind close door, I pray God gives her and her husband the strength and love to settle their differences.”

“Someone said she didn’t say anything. She only told us she’s good, baby is good, we should stay blessed . I think she and her husband are up to something, probably tryna trend.”

“Never seen her like this may GOD help them heal & strengthen her marriage.”

“I wonder why she is making a video, that is why so many things should be kept from social media…”

GH mom shows off pretty quadruplet daughters as she celebrates their 21st b’day; photos wow many