Korra’s ex-hubby says kids are being kept from him, shares reason for divorce

She Said Hurtful Things About Our Daughter: Korra Obidi’s Ex-hubby Tears Up, Says Kids Are Being Kept From Him, In a new development, Nigerian dancer, Korra Obidi’s estranged husband, Justin Dean, has taken to social media to share the reason for their divorce in an emotional video. 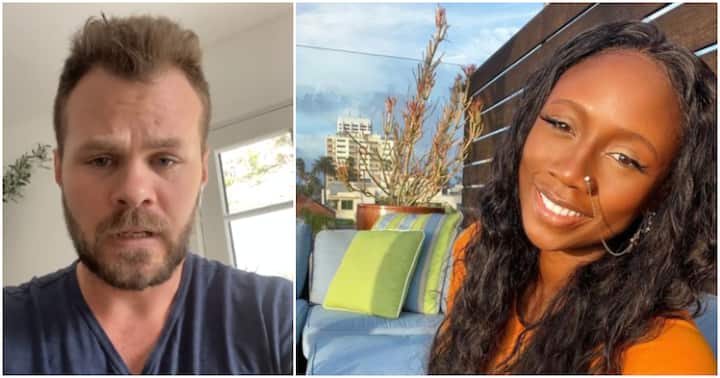 In a 30-minute video, the father of two noted that his children were being withheld from him. He also explained the genesis of his problem with Korra.

According to Justin, he divorced the dancer because they got into an argument and she sometimes says things to hurt him. The young man added that the dancer had said that she regretted that their first daughter, June, was ever born.

Justin noted that June was in his arms when Korra uttered those words and he cautioned her but she repeatedly said it. He added that he told the dancer June could understand her words and that the little girl was crying, but she didn’t listen.

The young man added that he attempted to take June out of the room so she could stop hearing her mother’s words but Korra ‘violently ripped’ her out of his hands.

Justin also shared another instance of a video he saw of June online in a precarious position and how he called Korra on the phone to sort it, but she hung up on him. According to the young man, people reached out to him and threatened to call child services. He added that it wasn’t the first time child services was almost called over negligence.

He then noted that he went over there and took his children and told her that they would be staying at his house and she was free to see them and she agreed. Justin also said that because he had to work and has no nanny yet, Korra agreed to watch the kids for a while.

However, when he went back there to pick them, her friends were there and the police and he was presented with a pile of papers. Justin noted that Korra falsely filed and now he cannot see his children.

See the full video below:`

Justin and Korra’s marriage problems have continued to raise mixed reactions online with some people telling them to settle it away from the media. Read some comments below:

“What i have a problem with is you bringing your problems to social media where most people need serious therapy and psychological evaluation. Shey werey wa fe wo werey bayii ni?”

“If she felt June waz a mistake and she regret having her why then did y’all go ahead and make Athena! Una matter eh.”

“He looks really hurt thou.”

“This man is been honest and hurt and people are saying he should rest, may God not give us a manipulative partner.”

“Him dey report give una the online in-laws na make una leave am.”