At a time decentralised digital currency Bitcoin was valued at less than a dollar, a Nigerian lady Gloria Ogo had in 2007 bought shares at a local bank at N22, 300, but more than a decade after that decision, the lady has no significant return to show for the financial move. 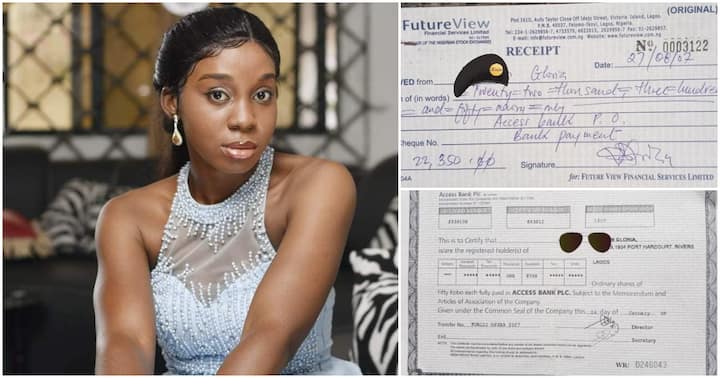 In 2022 when one Bitcoin goes for over N16m, her Nigerian bank shares didn’t not only fail to appreciate in value but was sold for less than it was bought.

Sharing the 2007 receipt confirming her bank shares purchase, Gloria said she sold the shares for N20k on Monday, 25 April.

In a fresh update, the lady stated that she only managed to get N6k prior to sales and after she complained about not getting any dividend for the 15 years she held the shares.

“Nigeria really happened to my shares.”

“You can’t buy bank treasury in Nigeria and expect profit .. since the government doesn’t have cash how do you think it can profit you.”

“Chai! It’s a pity, I actually sold mine when it was #45, because i suspected that the Nigeria stock exchange thing will fail, it’s one of those experiences one gets in life.”

“You’re very lucky my dear. Go to any Church of your choice for Thanksgiving. I bet you, deposit ordinary N10,000 in Access Bank, come back after 90 days, your money will be N9,286.50 instead of getting interest, you get loose. That’s Nigerian banking system for us. It’s well anyway….”

Nollywood actress Mercy Johnson-Okojie shared yet another dance video of her family with fans and followers on Instagram. The movie star was seen alongside her daughters and only son, Henry, as they all took positions and commenced a dance routine