Ruby Klenam: Photo Pops Up Shwoing Lady Who Dumped Boyfriend To Marry Soldier Sad & Almost Crying At Wedding, The wedding of a young lady, Rubby Klenam Tetteh, and her soldier boyfriend has come off successful in the Volta Region. 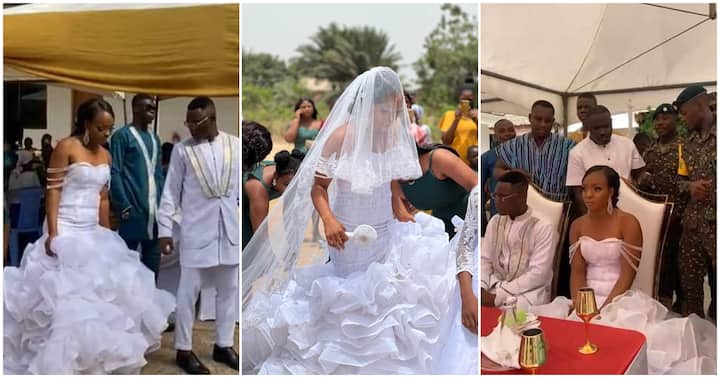 But it did not happen without some tension and drama for the bride who was called out by her ex-boyfriend Uncle Bless before the wedding.

Uncle Bless, took to Facebook to describe Rubby Klenam as a cheat who had given him a raw deal.

Uncle Bless who is based in the Volta regional capital of Ho revealed that Rubby, his ex-girlfriend, dumped him for another man after spending all his money.

According to Bless, his ex-girlfriend, known as Rubby Klenam, used him to do the donkey work in her life while courting a soldier who she is marrying.

She called him names describing as a ‘local client, that is somebody she was using for financial benefits.

Sad and tense demeanour at wedding 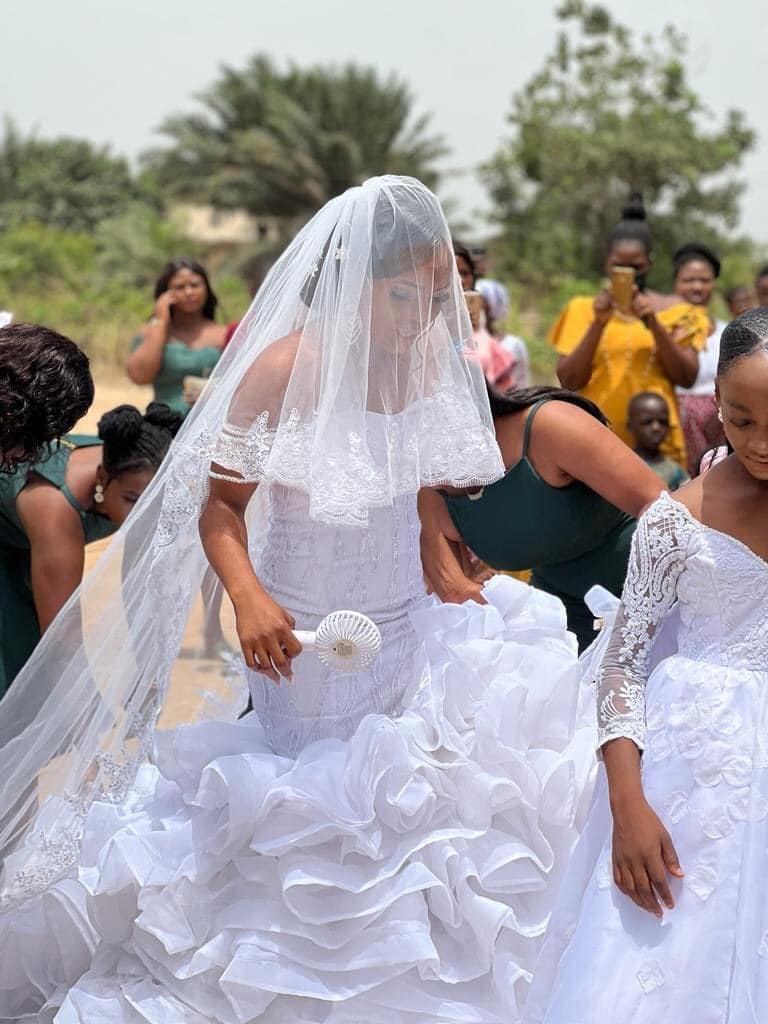 For someone who was showing a no-nonsense attitude like Rubby, one would have thought that she cared little about Bless’ rants.

But a later photo from the wedding shows Rubby was worried and was a pale shadow of a happy bride.

She looked tense, sad, and nearly driven to tears when it was time for her and her groom to cut their wedding cake.

See below for the photo as shared on Instagram by @sweet_maame_adwoa