This Surprised Me, Actress Laide Bakare Says As She Completes Lekki Mansion, KWAM1 to Perform at Housewarming, The new month has started on a rather interesting note for Nollywood actress Laide Bakare, as suggested by a post shared on her Instagram page. 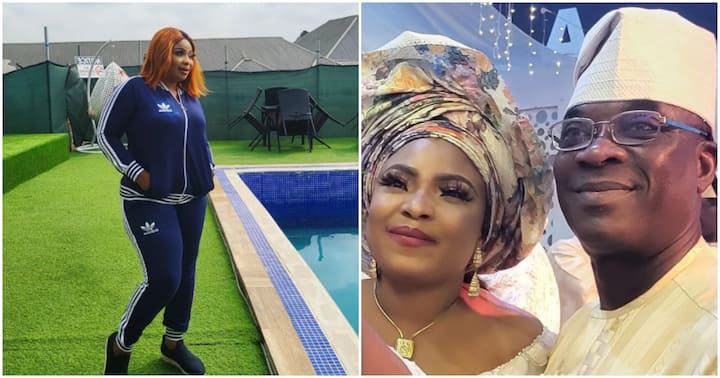 According to the actress, the month of March is going to see her officially having the housewarming ceremony for her newly completed house in the Lekki area of Lagos state.

Bakare explained that she never thought it would be easy to put up a building in the highbrow area but God came to her aid in a miraculous way.

“And finally it’s the month of March that I will be opening my New Home in lekki where i never thought its gonna be easy, and hey finally finally GOD CAME THROUGH FOR ME IN A MIRACLELOUS WAY, I’m extremely grateful ya Allah.”

The overjoyed actress called for the official countdown to the grand day while emphasizing that it’s not her first house project but having one built in Lekki still remains a huge surprise to her.

Bakare said people coming to celebrate should expect to part hard as fuji maestro, King Wasiu Ayinde Marshall would be performing at the ceremony.

“Happy New Month darling…. Congratulations … I’m so happy for you…. Dan!!! I wish I could attend…. Time to burn brighter than the sun baby.”

Toyin Abraham, BNXN and other top Nigerian celebs who changed their names