Actress Laide Bakare’s Mother Sings and Dances, Showers Daughter With Praises As She Enters Her New Mansion, Popular Nigerian actress, Laide Bakare, is now the proud owner of a new mansion and she took to social media to flaunt it. 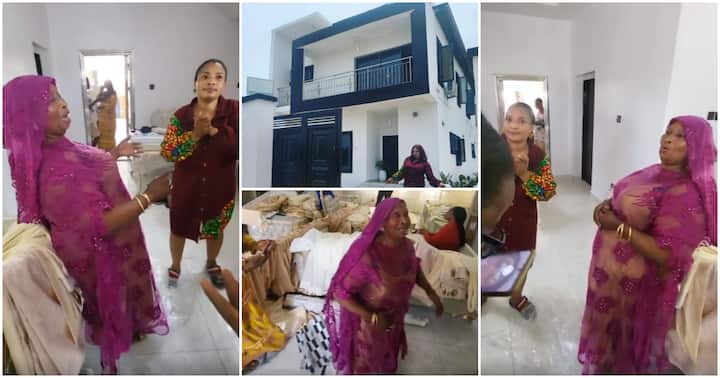 On her official Instagram page, the movie star shared a series of photos of the impressive building and noted that it was her hustle, her effort and her reward.

In another post, Laide Bakare was seen showing her aged mother the new property and she was left in awe.

The actress’ mother then proceeded to sing and dance as she expressed great joy over her daughter’s achievement. Not stopping there, she also showered prayers on the film star.

According to Bakare, she has been making her mother proud since her teenage years. She also thanked her mother for being her driving force.

See the heartwarming video below:

Internet users gush over actress and her mother

some comments from Nigerians below:

“Am so super excited, you’re so blessed Shakirat olaide Idowu .”