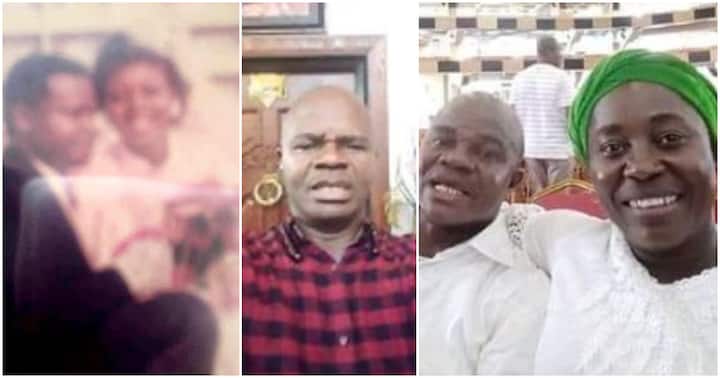 New reports have now made the rounds that Peter Nwachukwu had a secret wife outside of his union with the gospel singer.

It was gathered that this new information was discovered by one of Osinachi’s children who searched their father’s room and found an old picture album that contained his father’s wedding photo with another woman.

The discovery of Peter’s secret wife caused a fresh buzz on social media and actress Georgina Onuoha made sure to share her take.

The film star started off by advising her fans to run and flee from every toxic marriage because nobody is worth dying for.

She added that even if the family might desert them and society condemns them, or their religious leaders advise them to stay and make it work, they should not listen and make sure to run.

Not stopping there, Georgina advised preachers to stop telling men and women to remain in toxic relationships because many people are dying untimely deaths.

“Dear preachers and society, stop telling women and men to remain in toxic environments. Many are dying untimely deaths. Kids are broken; in turn we create a more broken men and women. This is sad on every level.”

Read some comments from Nigerians to Georgina’s post below:

“The truth is the unpopular ones dies and nobody knows.”

“No wonder!! He gives one bulshit and beatings and gives affection and love to another!!.”

“I thought as much coz where did he put all the money he collected from the woman if not on his girlfriend’s. ‍♀️Rip.”

“I hope this generation would understand that marriage is not an achievement and should learn to work out from any abusive and toxic union.”

“How come d woman did not kw.”

Man raises money for woman, buys her house, furnishes it & opens shop for her