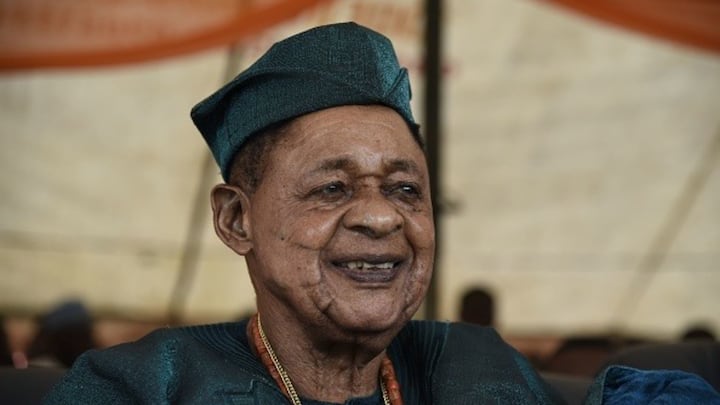 The news of the death of the top Yoruba monarch was broken by Premium Times in the early hours of Saturday, April 23.

we gathers that Oba Adeyemi died at the Afe Babalola University Teaching Hospital, Ado Ekiti, the capital of Ekiti state.

The remains of the top Yoruba traditional ruler were brought to Oyo town in the early hours of Saturday and traditional rites have begun, according to palace sources.

Here are some key facts you should know about the late monarch:

1. He was born Lamidi Olayiwola Atanda Adeyemi on October 15, 1938 into the Alowolodu Royal House and was a member of the House of Oranmiyan.

2. Oba Lamidi Adeyemi III was the son of late Raji Adeniran Adeyemi who became Alaafin in 1945.

3. He ascended the throne of Alafin in 1970 at a young age of 31 shortly after the end of the civil war

5. Oba Adeyemi was 83 years old and the longest-reigning Alaafin ever, having ruled for 52 years

7. Oba Adeyemi was said to be a boxer before ascending the throne. Videos of him showing his love for boxing even after becoming king are everywhere on social media.

He was 83 years old and the longest reigning Alaafin ever, having ruled for 52 years. OYO will miss you . pic.twitter.com/C4POe6h9bD

8. In 1975, the then head of state, General Murtala Muhammed included Oba Adeyemi in his entourage to hajj.

9.Alafin was the permanent Chairman of the Council of Obas and Chiefs in Oyo State until May 3, 2011 when former Governor Adebayo Alao-Akala (now late) announced that the state government had passed a law that introduced rotation of the Office of Chairman between the Alaafin and two other kings in the state – the Olubadan of Ibadanland and the Soun of Ogbomoso.

10. In 1990, General Ibrahim Babangida appointed him Amir-ul-Hajj in recognition of his commitment to the consolidation of Islam in Nigeria.

11. Oba Adeyemi was the chancellor of Uthman dan Fodiyo University in Sokoto from 1980 to 1992.

12. According to Daily Trust, Oba Adeyemi had 13 wives, the senior among them being Ayaba Abibat Adeyemi, and usually attended most events with her or with one of the 12 junior wives.

13. The late monarch is succeeded by more than 20 children and grand children.