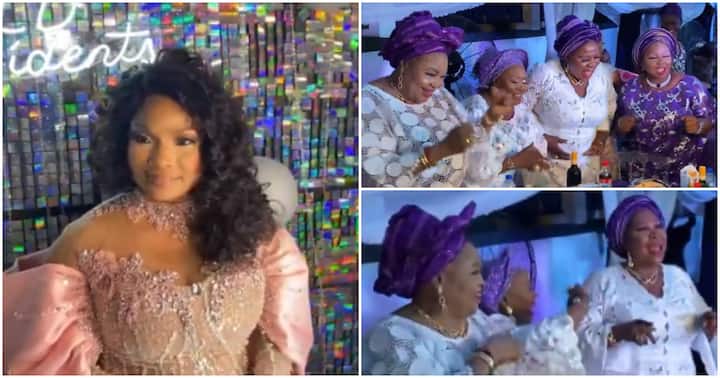 As the young trooped out in their coordinated asoebis, some of their older colleagues did not stay back at home.

Mamas of the night

A video of the four woman dishing out dancing skills while a band played was a great ohighlightf the star-studded event.

The actresses stood side by side under the tent as they jpoyfully sang along with the band.

“Hmmm yoruba actress and party nah 5/6. Congratulations to her.”

“This their make up ehn … life’s too short “