Socialite Obi Cubana has advised youths to make their own soap because he has no soap to cut for anyone as he discloses how he made his first millions. 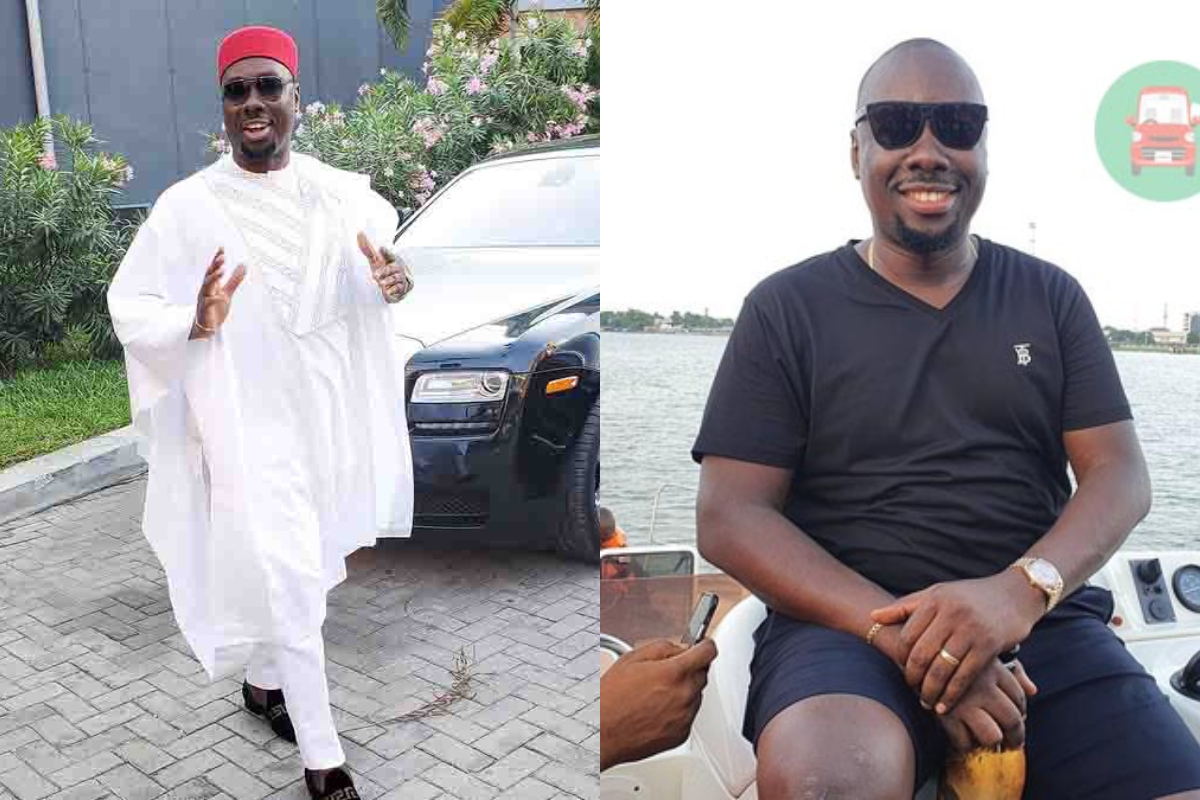 In relation to how his mother’s funeral turned into a carnival, Obi Cubana has been rumored to have been into money rituals and reacting to that has said there’s nothing like that but rather it’s all boils down to hard work and being good.

Obi Cubana speaking with BBC Pidgin disclosed how he made his first million after he completed his service and went into the real estate business where he got so lucky and was appreciated handsomely by his first client.

According to him, he stayed in the real estate business for a while to make enough money before he started building the Cubana empire and spreading its wings therefore he never went for any money rituals or soap to make his money.

Advising youths of today, Obi Cubana said no pastor can make you rich because he also needs the money more than you do, and there’s nothing like money rituals or soap for him to cut for anyone to be rich or wealthy like he is.

Therefore, instead of wasting time looking for someone with soap to ask the person to cut some for you, you should rather make your own soap by working hard to achieve more and be good to others because it’s never too late for a young person to become rich or wealthy legally. 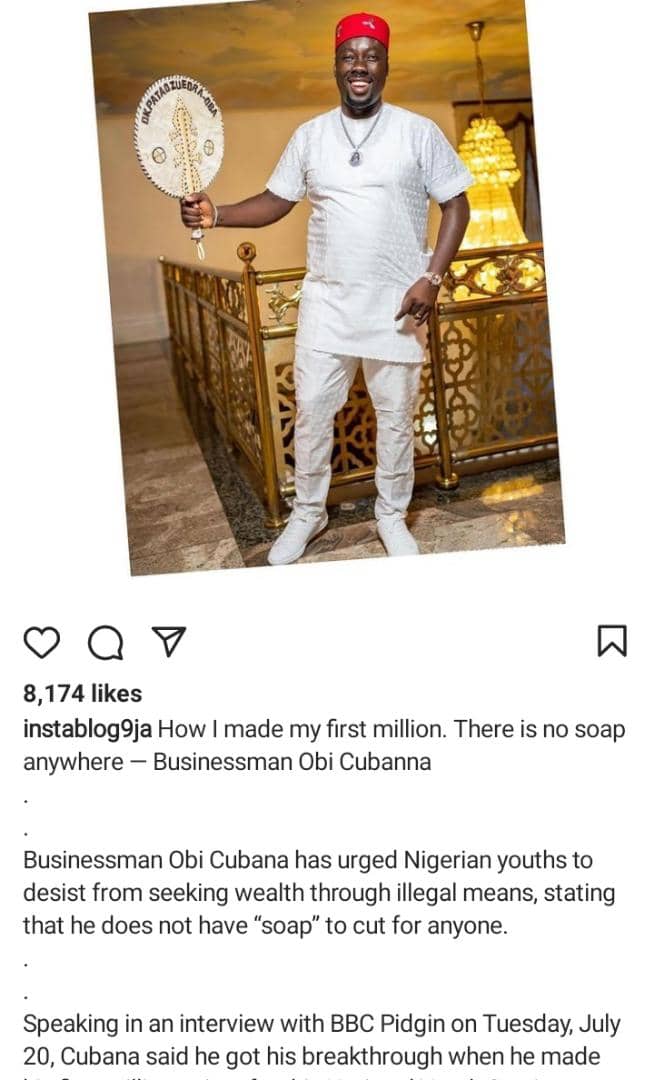 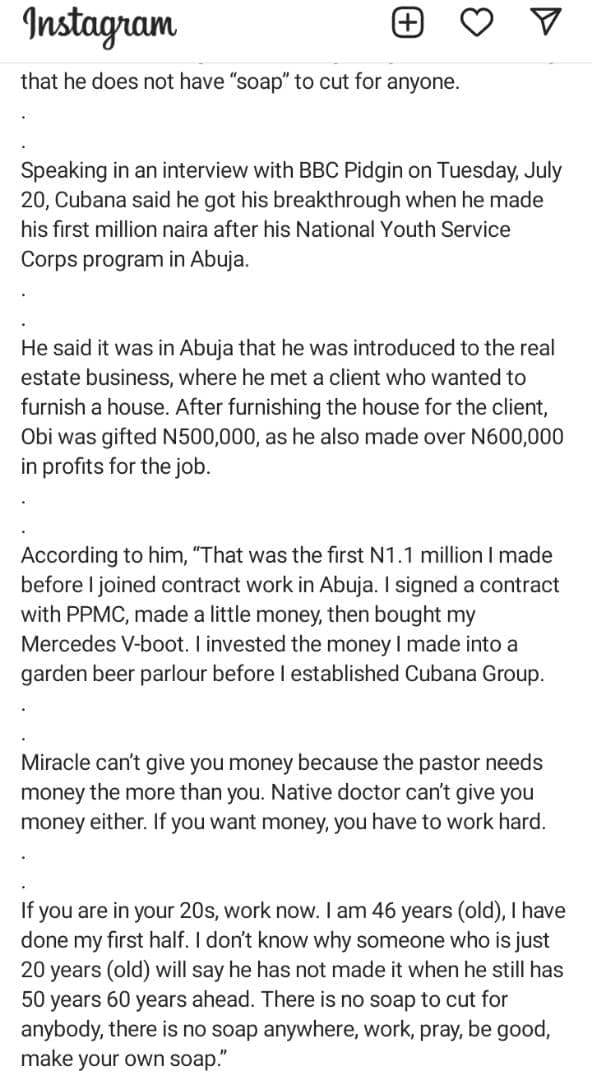 How Did I Reach Here? Actor Apama Laments, Says These 2 Kids Decided To Repaint His…