Mama Burna No Won Gree: Reactions As Grammy-Winning Singer and His Mum Storm Paris, Rock High-Fashion Outfits, Nigerian singer Burna Boy and his mother, Bose Ogulu, are an inseparable pair and this is no doubt to the delight of many fans. 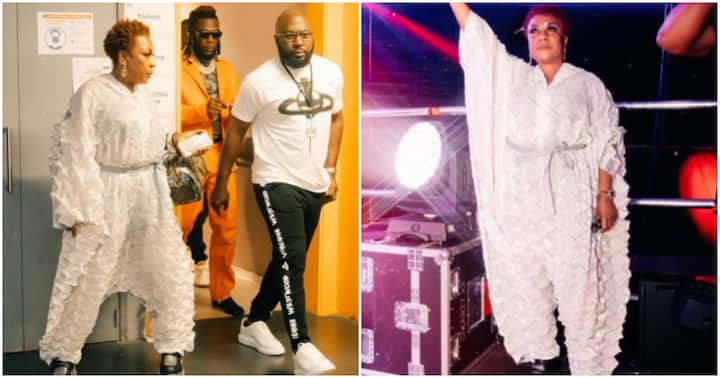 Bose who doubles as her son’s manager recently took to Instagram with photos and videos that captured their time spent in Paris.

From indications, the Grammy-winning musician had a concert in the country and his mother was right there with him.

Interestingly, social media users couldn’t help but notice the high-fashion outfits the mother and son rocked to make a grand statement in the ‘city of fashion’.

” mama of us alll if you fail we all faillllllll.”

“The energy is all pure and special.”

“You understood the assignment.”

“@thenamix how does it feel being the mother of the goat ?”

Singer Wizkid used as topic of discussion in US university, video goes viral

Why didn’t you say hi? Imade asks Davido why he is not greeting passersby