MaMkhize shows love to Zola 7, let’s him drive her Bentley in emotional video

MaMkhize Shows Love to Zola 7, Businesswoman Gives Kwaito Icon a Ride in Her Lux Bentley in Emotional Video, Shauwn Mkhize has done her bit to help struggling Kwaito legend Zola 7 and even let him drive her lux Bentley just to uplift his spirit 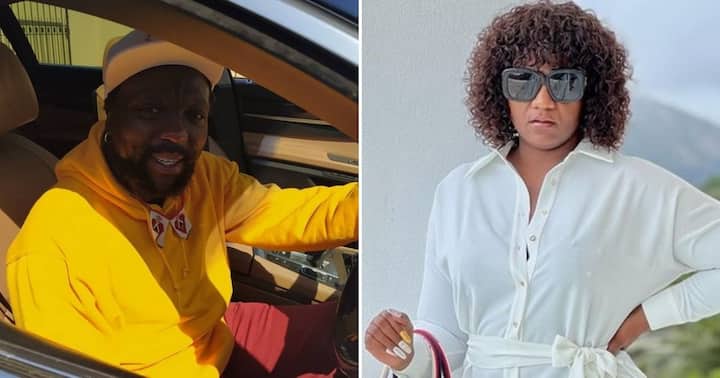 Shauwn Mkhize has come through for Zola 7. The flamboyant businesswoman has opened her heart and wallet for the legendary musician who is not doing well.

MaMkhize heed the call from concerned South Africans who had been begging financially stable people to help Mzolisto. In the emotional video doing the rounds on social media, MaMkhize also lifted Zola’s spirit by letting him drive her lux Bentley.

Peeps took to Twitter to share their thoughts on the reality TV star’s kind gesture. Many praised Shauwn Mkhize for showing love and support to the TV presenter who helped many needy people in his heyday.

“Sometimes you should see the light in everyone. MaMkhize is showing love to Zola while he is still alive. Let us appreciate that and stop being woke. We don’t know what exactly they spoke about in privacy but MaMkhize has shown her support.”

“The side they don’t show on the news, our people can come through.”

“Unlike some people who only wait until it’s too late to tweet and post pictures, she showed him love when he can still see and appreciate it. She has my respect.”

“Beautiful. Zola 7 thanks for everything and Mamkhize, big up to you for uplifting Zola’s spirit.”

“Thank you so much MaMkhize. SA loves u for helping Zola7.”

“Almost shared a tear… help one another black people.”

Nigerian lady celebrates 14 years of marriage without a co-wife