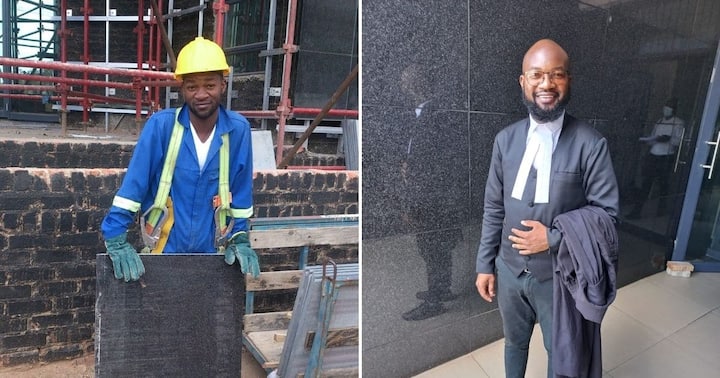 This holds true for a South African man who took to social media to briefly share how he went from being a labourer to realising his dreams of becoming an attorney at a court he helped build with his own two hands.

The first, dressed in blue overalls at a construction site, and the second, formerly dressed as an attorney.

“I worked as a labourer during the construction of the High Court (Polokwane). Now I am representing my clients at the very same High Court as an Attorney. Your dreams are valid. Yours sincerely, Mpho Lebepe of Lebepe & Associates Inc,” he captioned the post.

His story is a reminder that everyone’s path to success starts somewhere and that with a clear goal in mind, nothing is impossible.

The cyber community was left both impressed and inspired by the young man’s determination and achievement.

“Hats off to you. Very well done.”

“Wonderful keep up the good work I’m proud of you.”

“Mpho, you are a living good example of what hard work can bring to one. Keep it up my ‘ brother-in-law ‘.”