Man charged to court, but the judge reconises him as a good man, case dismissed

Man Charged to Court for Committing an Offense, But the Judge Reconises Him & Did Something so Sweet in Video, An old man, Thomas Gidway stepped into the duck to defend himself from charges leveled against him, but he was at once recongnised by the judge, Frank Caprio. 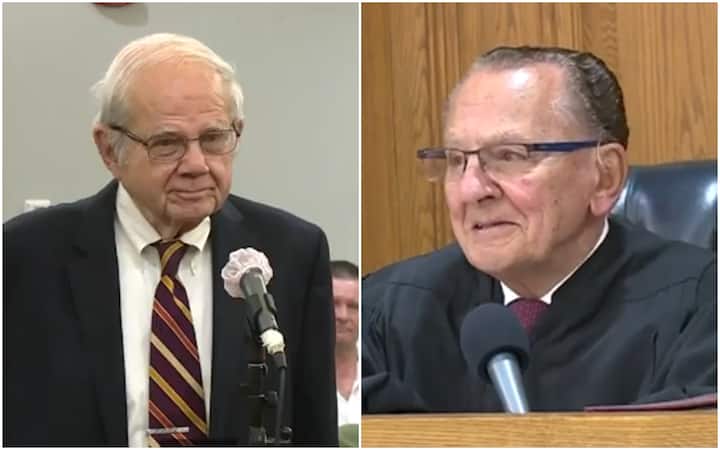 The judge went ahead to recount how he and the accused had met when they were still young in 1960. The accused, Gidway himself was once a lawyer and the judge told him also where he use to work when he was in practice.

Gidway was accused of a hetraffic violation, but hed denied it, saying he was nowhere near where the offense was committed on the said date.

The judge, Frank Caprio later dismissed the case, having found that Gidway was telling the truth. He also mentioned that Gidway’s credibility and his contributions to society helped decide the case in his faveour. The nice video was shared on Facebook by Caught In Providence.

Watch the nice video below:

Many people on Facebook have reacted to the video after it was shared. Here are a few of the reactions:

“They both served their respective roles in our society with distinction between them. God bless the rest of their life journey.”

“Judge Caprio is great. He’s excellent not only in his humanity, but in remembering things too.”

“A simple but very touching conversation between two wonderful gentlemen. God bless them.”