Man takes over wedding with sweet dance, everyone stops to watch him in video

He’s a Joy Giver: Man in Wrapper & White Singlet Causes Stir at Wedding With Cool Dancing, Video Goes Viral, A young man’s dance moves at a traditional wedding have attracted attention on Tiktok where it is posted. 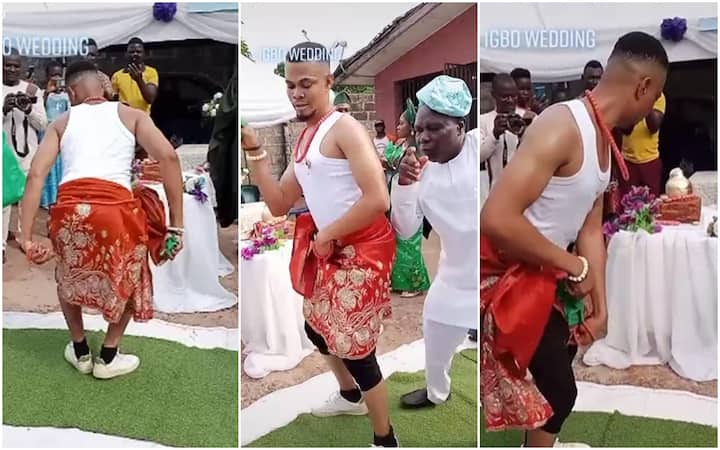 In the video, the man was seen distracting the whole wedding show with his very interesting dance steps.

He stole the show

When he started to dance, every other person stopped what they were doing to either watch or to video him with their phones.

The man danced so well, shaking and winning his waist in cool and interesting ways that almost sopped people’s hearts.

Dressed in white singlet and wrapper

It was as if he was dressed for it and he prepared to dance. He was wearing a white singlet on top of a wrapper tied in a traditional way. He capped it all with a white canvas which was just perfect for the kind of dance moves he pulled off. The ineresting video waas shared on Tiktok by @joelchinwendu_physio.

“They forgot they came for traditional marriage. U dragged der attentions to ur self.”

“A doctor with the dancing swag.”

“You are so amazing dear.”